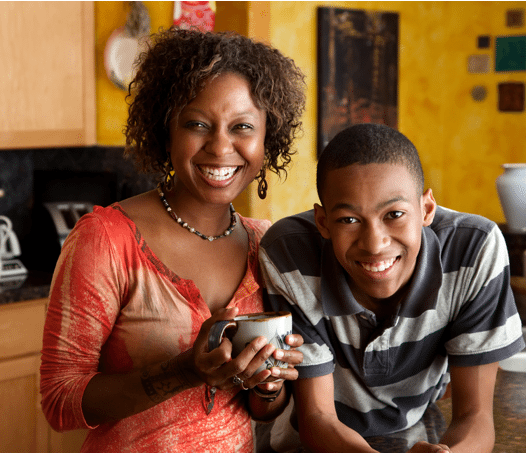 Dating is tough. Dating a single mom is even tougher.

If you’ve been in the dating scene for any significant length of time, you likely feel you’ve got it handled. You know how to flirt, how to ask someone out, how to be charming, interesting, and an altogether enjoyable date. But what if you chat someone up only to discover she’s not onlysingle, but a mom? Dating is one thing, but dating a single mom requires a new skill set. True, she’s a woman and wants to be seen as that but she’s also a mother and she needs to be seen as that, too. Here are ten things you should know if you want to date a single mom and not suck at it:

1. Her Free Time Is Precious, And You’re Probably Not Getting All of It

If the single lady you are interested in is also a single mom, chances are her free time is limited. Oh, we know, you are busy, too. These are busy times. But solo parents are in a different realm of busy. Between single-handedly managing parenting, a career, and running a household, there’s often not much room for leisure. So when she finds herself without children for a few hours or even a few days, don’t blame her if she has a list of things to do and they don’t all include you — even if that list consists of binge-watching TV and sleeping in.

Yes, you need time together and yes, you should make her list of priorities, but don’t expect to be the list, and don’t whine if she wants to see friends or recharge alone. Upside: You’ll have plenty of time to maintain your own friendships and hobbies, instead of becoming one of those obnoxious enmeshed couples who have forgotten they are not, in fact, surgically attached.

2. Her Kids Are the Priority

Want to know the fastest way to end your relationship with a single mom? Try to outrank her kids. Not only were they in her life first, but she’s the reason they exist at all. She sort of made them. They’re not an inconvenience and they are definitely not your competition. They are her children. Her flesh. Don’t just understand that they come first, embrace it. Would you really want a woman who let some new person — even one as rad as you — take precedence over her kids? No. No, you would not.

3. Her Ex May Very Well Be Around

Situations differ but generally speaking, if your once-partnered lady has kids, those kids likely have another parent that’s still in the picture in some capacity. This can be challenging in the best, most-amicable of situations, thanks to our very human natures and pesky evolutionary flaws like jealousy. It’s okay, though. You can do this. Your lover had a life before you and at some point, that included a partner with whom she had a kid or five.

She loved, she created a family, and at some point, she let go. It’s something to be admired, even if it didn’t end up the way anyone had planned.  Move past awkward and move into acceptance. It’s part of the path that brought her here. To you. Sometimes that can be hard to do, but you can do it — even if her ex is a special brand of asshat — which brings us to our next point …

4. Her Ex is Her Problem, Not Yours

In the event you have found yourself really digging someone whose ex really makes you want to go WWE on his or her ass, we have a bit of advice for you: Don’t. It’s admirable that you feel protective of your partner and it’s natural to have ill feelings toward someone who is hurting your partner in some way, but the best possible thing you can do in this situation is to let her handle it and support her as she does. Do not get personally involved.

No passive-aggressive Facebook posts, no antagonizing texts, no standoffs at the PTA fundraiser. Just. Don’t. And don’t complain to your partner about her ex. A million dollars says she already knows, she already feels sh*tty about it, and she doesn’t need to hear it from you. Stroke her hair when she cries. Take her kickboxing when she’s infuriated. Find a way to make her laugh. But don’t make her ex your problem.

5. She Doesn’t Need You to Rescue Her

You like this woman because she is capable and determined and basically an all-around life-conquering badass, right? Of course. So do her a favor and let her be that. If she is running up against challenges, offer her love and support and encouragement in whatever form speaks to her. That’s sweet. That’s helpful. You know what’s not? Taking over and trying to fix everything for her.

She’s a grown woman who has managed to do a good job of kicking ass without you swooping in on your medieval white horse thus far, so let her keep doing that. Swooping in is condescending. It tells her you think she can’t rescue herself. That’s bullshit. If she asks for help, give it. Otherwise, let her do her thing while you sit back and marvel.

6. The Truth About Meeting the Kids

When you are involved with a single mom, meeting the kids is a very big deal. Or maybe it isn’t. The thing is, every single mama has her own approach to this and her own ideas about what it means. For some, including the kids is no big deal. Some mamas want to see how everyone gets along or how you treat her kids before anyone gets too invested.

Some mamas can’t afford to shell out for a babysitter or don’t like always leaving the kids behind so if you want to see her more often, you’ll be getting to know her kids, too. Other mamas like to leave their kids out of their romantic lives entirely. Some like to wait until they have some confidence this isn’t a flash-in-the-pan fling. The only way you will know is to ask. While you’re at it, let her know your feelings on all of it, too, because, you know, communication.

While it’s true that flakiness is something that’s really only desirable in pastries, you should probably expect a little of it from your new woman — not because she wants to be a flake, but because juggling all the things can be really, really difficult, and sometimes she might drop an orb or two. (Balls joke avoided.) The sitter may bail on her, her kid may come down with the flu, she may just need to lay down for a while because trying to be Wonder Woman when you don’t actually have superpowers is really fucking exhausting. Cut her some slack. No guilt, no pressure. And if you really want to win her over, have Thai food delivered.

Choosing to get involved with a single mom will in many ways not be as simple as dating someone whose life is less encumbered. She probably can’t drop everything and hop on a plane to Ibiza with you, and her schedule is probably measurably more complex than that of someone who is flying solo. Her life is full of responsibility and commitments and little people who need her. But that doesn’t have to be negative. She is responsible. She has made commitments. She is nurturing. Her schedule may require her to plan ahead, but really, whose doesn’t?

Society has created a bad ass stigma around women who stick it out, stay committed, and work like hell to raise their kids alone. Celebrate her gumption. Don’t begrudge it. See her not for a broken soldier, but as the powerful (albeit tired and probably overworked) warrior she is.

No, really. You are. This complicated, sometimes-messy, often-unpredictable life of the badass warrior mother you are into? It’s also gorgeous and fulfilling and soul-expanding and generally incredible. If she wants you to be a part of it, it’s an honor. Revel in it.