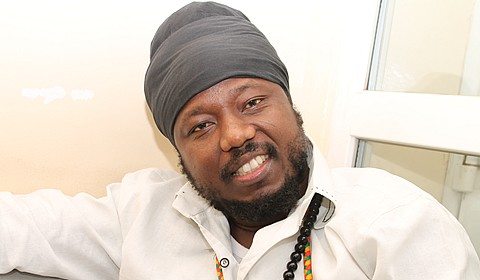 Radio host and musician Blakk Rasta, who is at the centre of a recent ‘wee comment’ made against members of Ghana’s parliament, has said that as many as fifty six different lawyers have shown interest in his case.

The controversial Reggae musician and radio presenter is set to appear before the Privileges Committee over his comments on the legalization of Marijuana, which has irked parliamentarians.

He told Anopa kasapa host Fiifi Banson on Friday that the lawyers were waiting on the sidelines for an opportunity to further explore the debate on marijuana use, suggesting he had solid backing.

“About 56 lawyers have called and written to me, to be part of this. Lawyer Paako,  Lawyer Nimako- All of these people have been waiting for the opportunity to improve our economy.

“In the 21st century when God has blessed us this way, we are over-relying on gold and cocoa. Marijuana is a silence gold hiding that we need to legalise. What are we waiting for?

“I will go there in my best attire and talk about this. If I have the opportunity I will talk about other things. Let’s legalize it for industrial use. Is one of the best oil that doesn’t deplete the ozone layer.”