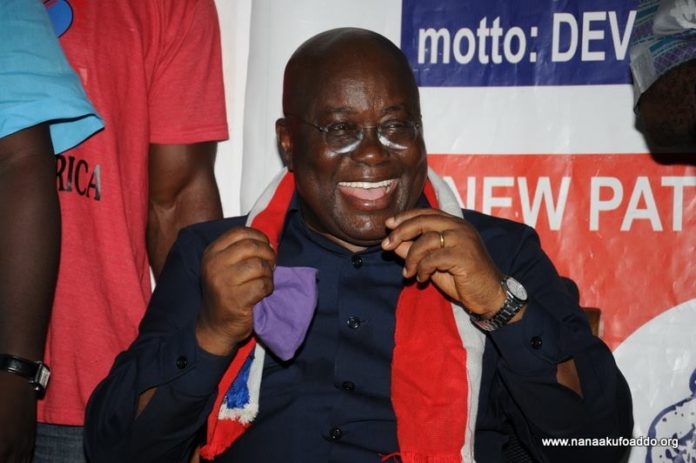 Opponents of Abuakwa South MP Atta Akyea, in the upcoming NPP Primaries say he is getting suppport from the Party’s Flagbearer Nana Addo-Dankwa Akufo-Addo.

They allege that Akufo-Addo has stepped in to woo delegates in the constituency to vote massively for Akyea, who is his relative.

Akufo-Addo visited the constituency Thursday at the invitation of Mr. Atta Akyea to as it were address a gathering of Party faithful including his competitors.

At a durbar held today, Nana Akufo-Addo urged delegates and sympathizers of the party to rally behind whoever comes out victorious in Saturday’s polls.

“You have to go into the election with a clear mind, good heart and love and demonstrate to the world that the party is united. After electing the preferred candidate, you need to come together and rally behind him to mobilize more votes for the 2016 general elections.”

Our reporter on the ground told Kasapa News that the two candidates competing with Mr. Atta Akyea say either the invitation came late or did not come at all.

Lawyer Kwame Boateng told our reporter he was only extended an invitation fifteen minutes to the program, during which time he was attending to some pressing issues in Accra.