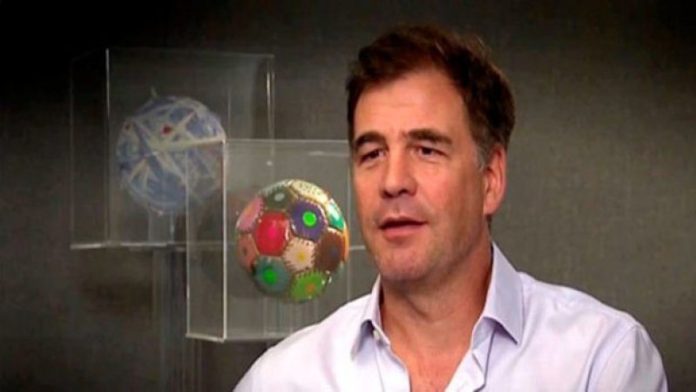 An Argentine wanted by the US in connection with the investigation into allegations of corruption at Fifa has turned himself in to police in Italy.Alejandro Burzaco was the president of Argentine sports marketing firm Torneos y Competencias and one of 14 current and ex-Fifa officials and associates indicted over the scandal.Interpol had issued an alert requesting his arrest.He disappeared following the arrest of seven Fifa executives on 27 May.Swiss media reported that he was not in his room when police acting on extradition requests from US authorities raided a hotel in the Swiss city of Zurich, but was having breakfast and so was not arrested.Mr Burzaco, who also has Italian citizenship, walked into a police station in the northern Italian city of Borzano along with his two lawyers on Tuesday.He is being held in a cell in Borzano police station, officials told Spanish news agency Efe.The US Department of Justice alleges that Mr Burzaco conspired to win and keep hold of lucrative media rights contracts from regional football federations by paying up to $110m (£72m) in bribes.‘Fugitives’An Argentine judge ordered his arrest after he was named in the US indictment for racketeering conspiracy and corruption.Judge Marcelo Martinez de Giorgi warned Mr Burzaco and two more indicted Argentine sports executives, Hugo and Mariano Jinkis, that they would be considered fugitives if they did not turn themselves in.The whereabouts of father and son Hugo and Mariano Jinkis is currently unknown.Interpol issued “red notices” for their arrest, along with Mr Burzaco and three others, on 1 June.Mr Burzaco was dismissed from Torneos y Competencias on 3 June.The company has denied any involvement in the alleged bribery.In a statement released on 27 May it said it regretted “being caught up in a case of this nature, which hurts its prestige and reputation forged over more than 30 years of hard work and professionalism”.Credit: BBC