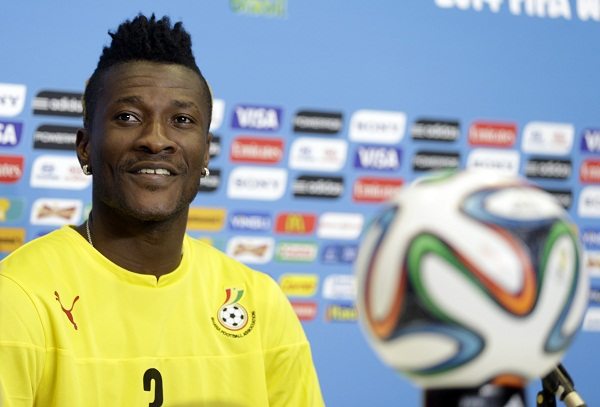 Asamoah Gyan has spoken publicly for the first time after news of his alleged complexity in a case of child neglect dominated headlines yesterday.

In a subtle response to the ongoing shade-throwing, he’s sought to paint a can’t-be-bothered posture – one that may further infuriate his accusers.

“All through my career, I have always contended with obstacles whenever I’m trying to do anything but I never give up because I am mentally strong. I have not always had things running smoothly for me but I try to sail through.“What has kept me going up to this time is my mental toughness.“You will notice that at almost every point in my life I have had challenges. I am blessed to have been able to go through all the time so I will go through this one too, again.“People may not know but my favourite kind of music is gospel. I listen to gospel songs every time and that’s what inspires me and I sing them too,” he’s said.

Gyan is being accused by a 22-year old university student, Sarah Kwabla, who has threatened to expose the Black Stars Captain with a sex tape she says he has of their numerous sexual affairs.

Kwabla claims she had sex with the Dubai-based player who paid her visits on more than one occasion, during which period the videos were recorded. SEE ALSO

The said amorous relationship she claims has led to her being pregnant, the care of which she is demanding some privileges from the footballer. READ HERE

The case was reported first at the Odorkor police station in Accra..

What is the state of our national debt? – Minority asks Akufo-Addo