The burns on Alex Kwao’s face gave him away. It was the kind so visible it failed to hide the stress accompanying the pain. The pictorial statement of a man’s frustration summed up life and how he’s lived it in the last few days.

Kwao, a driver on the Lapaz-Nkrumah Circle-Accra stretch walked into the studios of Kasapa 102. 3 FM with his car owner Bright Manu.

Both survivors of the June 3 Nkrumah Circle GOIL Filling Station inferno that claimed so many lives, they told a sad story of narrowly escaping the other half of Ghana’s worst disaster in decades.

Kwao lost his passenger conductor, ‘mate’ as known in local circles, to the June 3, 2015 blast, and is yet to emotionally recover from the loss. 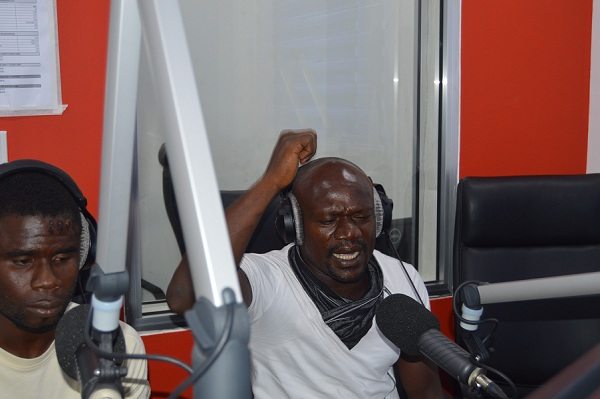 Manu would later paint their joint close-shave-with-death story and how they both ended up at the facility minutes to the blast.

“We’ve been parking at this same place for the past twenty years. We are one big family; the manager here is like a father to us. So it was a regular day’s routine,” he told host Fiifi Banson.

“Everyone thought i would be dead by now. It’s just by grace that i am alive.”

Listen to full interview below