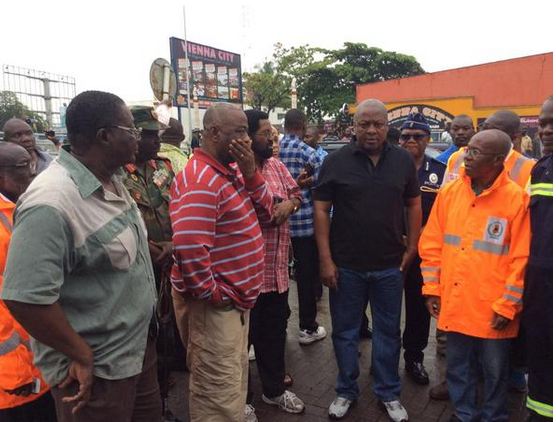 DNA tests are to be conducted on unaccounted for victims of last Wednesday’s flood and fire disaster in Accra.

President Mahama today announced the tests are to help relief agencies in identifying bodies that have so far been unaccounted for.

The exercise is to also help families of the deceased identify them for funeral and burial purposes.

Ghana is still counting losses of a flood and fire blast at a filling station in the national capital, Accra, that claimed over 200 lives.

Officials have ended a major salvage operation that led to the retrieval of the bodies.

You need strong Economist as running mate – Lecturer to JM