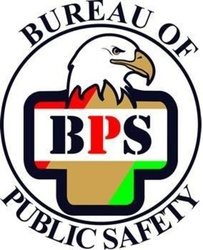 The Executive Director of the Bureau of Public Safety, Davidson Nana Yaw Akwada, has called on government to establish evacuation maps and systems to complement national disaster response programmes..

He said such tools are necessary to help in the development of a well-developed national plan against all forms of disaster.

On Anopa Kasapa on Kasapa 102.3 FM Tuesday he argued that recent happenings painted a failed institutional leadership problem that needed to be tackled.

Mr Akwada said government had a greater responsibility to maintain plans and measures that will help mitigate effects of such occurrences but has so far failed to do so.

NADMO: We’re saddled with GHC34m debt; we’ve no resources to deal with disasters