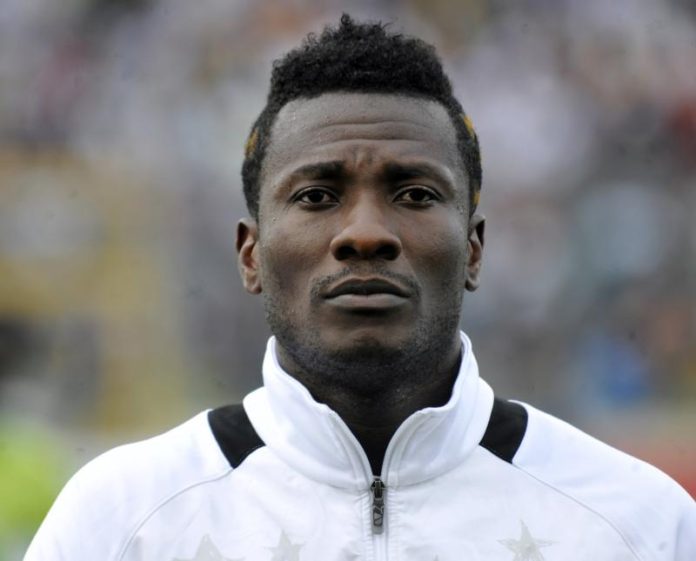 A 22-year old university student, Sarah Kwabla, is threatening to expose Black Stars Captain Asamoah Gyan for what she says is an existing sex tape between the two.

Kwabla claims she had sex with the Dubai-based player who paid her visits on more than one occasion, during which period the videos were recorded.

The said amorous relationship she claims has led to her being pregnant, the care of which she is demanding some privileges from the footballer.

Lawyer for the lady Maurice Ampaw told Anopa Kasapa host Fiifi Banson Wednesday that the act wasn’t consensual as was being claimed by the footballer and that it goes beyond just that.

“Asamoah is refusing to take full responsibility of the pregnancy.”

The case was reported first at the Odorkor police station in Accra.

The Domestic Violence and Victims Support Unit (DOVVSU) of the Ghana Police have since taken over the issue.