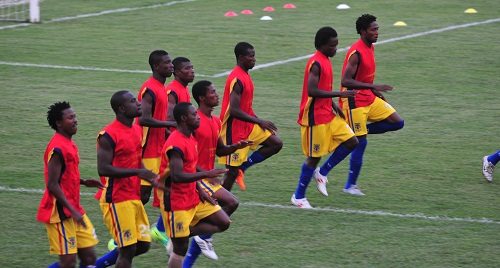 Accra Hearts of Oak today failed to qualify to the next stage of the CAF Confederations Cup by drawing 1-1 with Tunisia’s Esperance in Accra.

In a match played at the Accra Sports Stadium Saturday, Hearts took an early lead with an Isaac Mensah goal in the 3rd minute only to concede to a Wassim Naghmouchi 89th minute equalizer.

Hearts, who were beaten 0-4 in the first leg played in Tunis a fortnight ago, were hoping to reverse what was a difficult stretch. Tried as they could, they were left crushed, ending a Confederations Cup dream they had high hopes for months ago.

Hearts last won a major continental trophy 15 years ago at the expense of the Tunisians in a Champions League final.