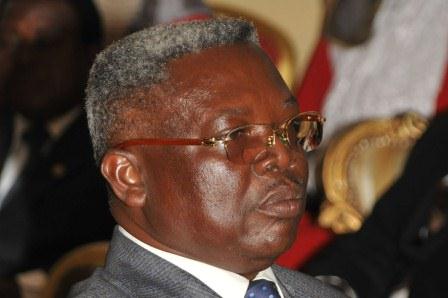 The Sole Commissioner, Justice Yaw Appau, appearing before the Appointments Committee of Parliament, Tuesday, has observed that he finds it very difficult to understand why the Ghana Football Association (GFA) cannot be investigated by the government over public funds.

“Why is it that when money comes from FIFA, they don’t want the government to know what happened to that money? So, I always question it. I find it very difficult to understand that position”, he told the Appointments Committee chaired by the First Deputy Speaker of Parliament, Ebo Barton-Odro.

In his opinion, once public funds have been awarded to a particular institution to execute a given task, that institution must be held accountable for every single penny spent.

“If money is voted for the GFA and it is misapplied or not properly managed, it affects our national teams and it affects the country because our passion is football”, he averred.

Justice Appau’s response was provoked by a question posed by Samuel Okudzeto Ablakwa, MP for North Tongu, who sought his view on charges of corruption that have been brought against some top ranking officials of FIFA and how to adopt a new approach in terms of deepening transparency at the world governing body.

He said though the government cannot directly involve itself in the running of the GFA, it has a role to play to ensure that there is transparency in the management of public funds voted to them.

“There should be at least a relationship – though not directly in managing GFA but GFA should be accountable, particularly, with regards to public funds awarded them”, he stressed.

For instance, he said when the senior national team, Black Stars, was going to Brazil to participate in the 2014 World Cup, the GFA fell on the government for funding after which it was later reimbursed with no interest.

However, he said if that money had been invested in other economic ventures, the government would have earned some interest on it.

According to him, once the above suggest there is a relationship between the GFA and the government, the latter has the responsibility to ensure that the football body is held accountable over monies advanced to them.

“Black Stars is Ghana, not GFA”, he fumed.