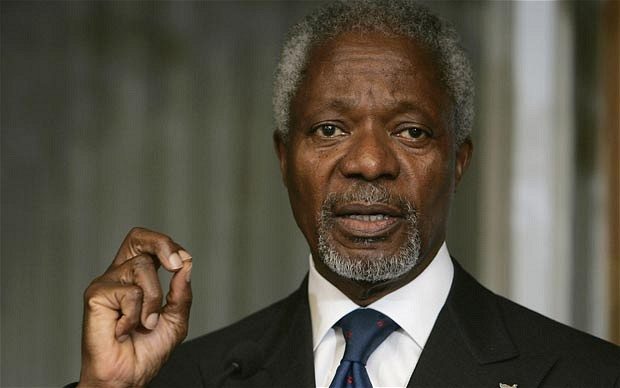 A former UN Secretary-General, Kofi Annan, has lauded German Chancellor, Angela Merkel, for steering the G7 to commit more resources to accelerate the creation of a low carbon energy system in Africa.

He described the move as a “game changer” since it would help Africa to grow and leapfrog towards a sustainable low carbon future.

“This is good for Africa and the global fight against climate change”, he said when commenting on the G7 2015 summit communiqué which was released in Krün, Germany, Tuesday.

The G7 has agreed to decarbonize the global economy over the course of this century by committing to make deep cuts in emissions and to phase out fossil fuel by the end of the century.

In this year’s Africa Progress Report, the G7 called on countries that emit the most to implement their promises at the December climate summit in Paris.