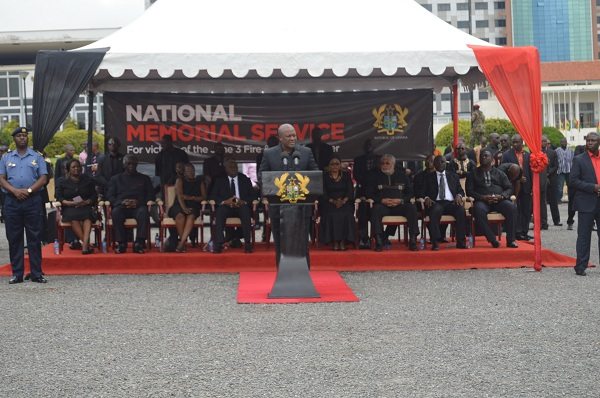 President Mahama has called for a progressive national debate on natural disasters that centered on what government can offer to help prevent future occurences.

He called for comments and public discussions to shape efforts that would ensure such natural disasters don’t occur in future.

Addressing a gathering at the Memorial Service held at the forecourt of the State House in honour of last week’s flood and fire victims, President Mahama said the country has been hit in a devastating way, which called for a decent debate around the subject.

“Our concentration should not be on what governments didn’t do, but what this government will do.”

Ghana is still counting her loss from a flood and inferno that has claimed many lives.