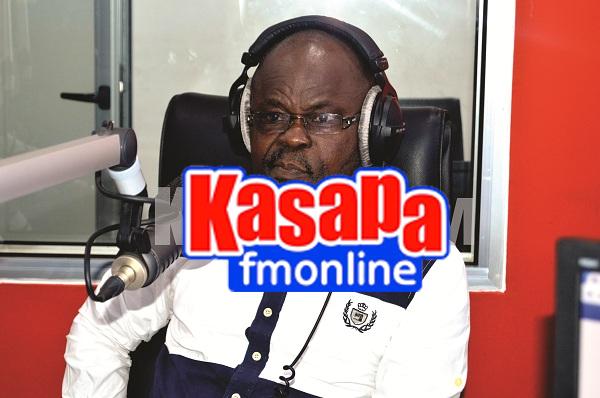 “How can you say that? If Sulley were to be your child would you recommend he go for anger therapy.

“If we want mad men we surely have them in abundance in this country. Sulley is not one. Why anger therapy? For what?

“They also say Asamoah Gyan should go for leadership training. Where? Is it the Afienya Leadership Training school or what.

“If we want a classic example of someone with anger issues, then it is Moses Foh-Amoaning. He needs anger therapy. Before the commission of which he was part sat, he stormed a radio station to demand answers to why people where praising Kwesi Nyantakyi.

“Moses Foh-Amoaning is the most quick-tempered person in Ghana.”

Sarfo’s attack on Foh-Amoaning is on the back of a Brazil 2014 white paper recommendation that asked for AC Milan player Sulley Muntari to be referred to a psychologist or undergo anger therapy.

Paragraph 4.4 on page 104 of the document made the recommendation and added that Muntari, who was sacked from the team’s camp alongside Kevin Prince Boateng, for disciplinary reasons, should also offer an “unconditional apology to Mr. Moses Armah,” whom he had a physical encounter with.

Both men were said to have engaged in a physical brawl at the team’s hotel that led to the damage of valuable items.

Armah, then a member of the Ghana Football Association’s Executive Committee had just taken his turn in addressing players of the team who were in a meeting with the FA over unpaid match bonuses when the incident happened.

Armah and Muntari’s spat and several incidents clouded what would have been a beautiful third World Cup for Ghana. The Ghanaian government set up a Commission to look into the issues, Muntari and Armah’s part of a tall list that took several state hours and funds.

The White Paper was released last week, (SEE FULL PAPER HERE) with several recommendations, some of which have been called ‘mischievous and irrelevant’ by persons at the Football association.