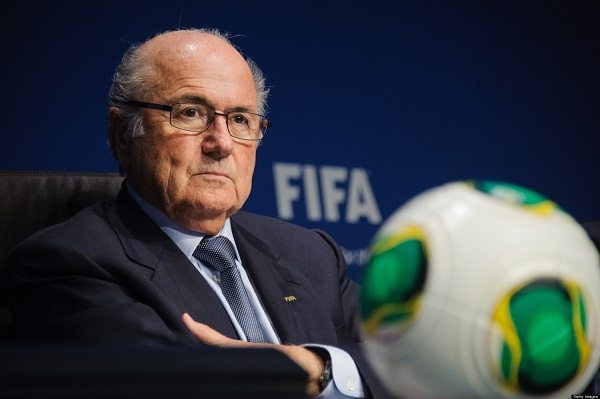 A new leaked letter appears to show South African authorities seeking an indirect route for the transfer of $10m (£6.5m) to Fifa.

It was written by then South Africa FA head Danny Jordaan three weeks before the first amount was paid.

US prosecutors say the money was a bribe to Fifa officials to help secure South Africa’s 2010 World Cup bid.

South Africa’s government said the letter did not contradict its statement that this was a legitimate payment.

It says the cash was to fund the development of football for the African diaspora in the Caribbean and that the reporting of the letter in South Africa’s Mail & Guardian was “regurgitation and sensation”.

The $10m payment is a key plank in the wide-ranging US criminal inquiry that has engulfed world football’s governing body.

They were among 14 new indictments in the US investigation, which alleges they accepted bribes and kickbacks estimated at more than $150m over a 24-year period.

Four other people were charged earlier. One of them, ex-Fifa official Chuck Blazer, has pleaded guilty in the US to taking bribes related to South Africa’s bid.

The BBC’s Southern Africa correspondent Karen Allen says the latest leaked letter appears to add weight to allegations that the South African government went to great lengths to hide the transfer of the $10m.

The letter is signed by Mr Jordaan and addressed to Fifa secretary-general Jerome Valcke.

Mr Jordaan says Deputy Finance Minister Jabu Moleketi recommended that the money be paid to Fifa but that Minister of Foreign Affairs Nkosazana Dlamini Zuma said it should instead “be paid over to the 2010 Fifa World Cup Organising Committee South Africa”.

The Mail & Guardian quoted Mr Moleketi as saying the letter was a “fabrication” and he denied having “a conversation of that nature” with Mr Jordaan.

South Africa’s sports ministry said in a statement on Friday that the letter merely affirmed that the payment was legitimate and proved that “the diaspora programme was pursued to support government policy”.

The statement read: “We reject the Mail & Guardian article that frames an honest correspondence between Safa and Fifa and proof of bribery with contempt that it deserves; it is nothing else but regurgitation and sensation.”

Mr Valcke has previously denied any wrongdoing in the matter.

US prosecutors say a senior South African official travelled to Paris to hand over cash in $10,000 stacks in a hotel room to an unnamed person working for Jack Warner, the former Fifa vice-president and head of the North, Central American and Caribbean Association Football (Concacaf).

On Wednesday they released a transcript of Mr Blazer’s guilty pleas.

Mr Blazer says: “Beginning in or around 2004 and continuing through 2011, I and others on the Fifa executive committee agreed to accept bribes in conjunction with the selection of South Africa as the host nation for the 2010 World Cup.”

In addition to the US investigation it was announced on Thursday that an elite police unit in South Africa is to launch a preliminary inquiry into allegations that officials paid bribes over the 2010 World Cup bid.