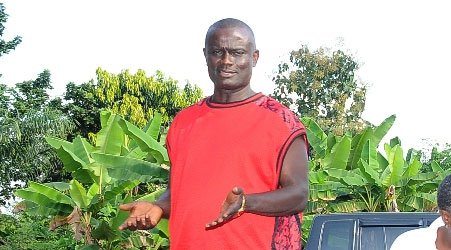 A former player of Kumasi Asante Kotoko, Sarfo Gyamfi, popularly known as Black President, has questioned the spiritual potency of the team’s leadership.

Gyamfi, a publicly known believer of sorcery and witchcraft says the team’s recent streak of bad results can only be reversed if they turn to Vodooism.

He told Tony Adam Adjei on Dwedwamu that it’s been difficult to get the Opoku Nti-led team to buy into his faith, adding they “simply don’t believe in that.”

“All those following the team now say they are pastors. They claim they don’t believe those things exist in football.

“It is wrong to even tell me that because football and voodooism go hand in hand. Only Juju can save the team.

“Opoku Nti, and George Kennedy; all of them.

“But you see, Kotoko is a spiritiual club, you can’t say you wouldn’t do these things.

“Opoku Nti for instance claims he is Pentecostal; so i doubt he even has the eyes to see things in the spiritual realm.”