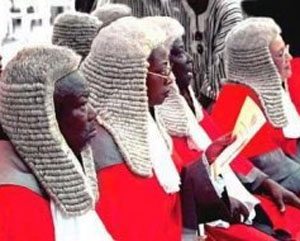 A former General Secretary of the People’s National Convention (PNC), Gabriel Pwamang, is not happy about the eight-month period within which the Supreme Court determined the election petition on the 2012 Presidential election that was brought before it.

He is therefore, advocating for a substantive law that will regulate Presidential election and also set a time limit within which an election petition filed will be determined.

“I will propose by way of law reform that we should think of amending the constitution and then set a time limit within which an election petition which is filed will be determined”, he noted.

Mr. Pwamang who has been nominated to the Supreme Court made this observation Wednesday when he appeared before the Appointments Committee of Parliament for questioning on law related matters and other issues that are of public interest.

In his opinion, it was about time the country comes up with a law similar to the Representation of the People’s Amendment Law that regulates the determination of petitions relating to Members of Parliament to cater for its Presidential election.

He said the country should be guided by the Kenya experience where a time limit was placed to determine a petition that was brought against its presidential election.

“If you look at the Supreme Court amendment rules, it is true that they tried to catch all the procedure, but there is no time limit within which the court should determine the matter. It is after they have concluded the hearing. What Kenya did was that they set the time limit and let the court to operate within the time limit in the constitution”.

“You have seven days after declaring the elections of the President to file your petition. The court has fourteen days to hear and determine the petition. So, you have to operate within that”, he stressed.

The comment by the legal practitioner was provoked by a questioned asked by the Member of Parliament for Abuakwa South, Atta Akyea.

The honourable member had sought the views of Mr. Pwamang on the duration within which the election petition case that was brought before the Supreme Court by the 2012 Presidential Candidate of the New Patriotic Party (NPP), Nana Akufo-Addo, his Vice, Dr. Mahamudu Bawumia, and then National Chairman of the party, Jake Obestebi Lamptey, was determined.

For instance, Mr. Pwamang said if the Supreme Court is give the power to order an inquiry into an election petition that was brought before it and has access to all the original documentations relating to the election “we can cut short the trial”.

“When you put it that a plaintiff should come and he has the duty to supply all these documentations, it is an issue that will lead the matter to drag”.