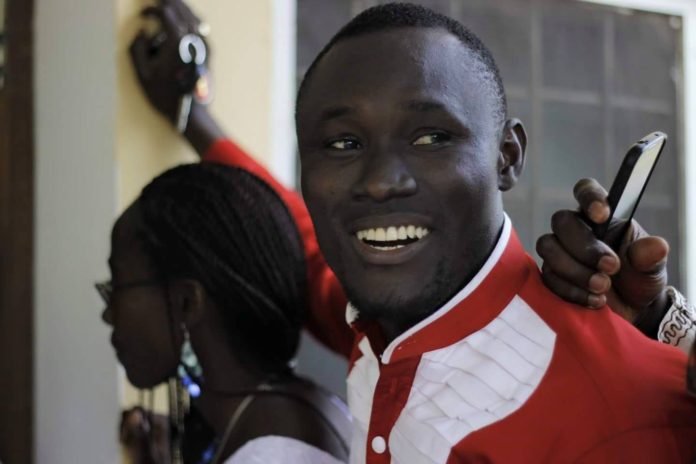 A 27-year-old man, Samuel Ato, believed to be the leader of a robbery gang who robbed some residents of Kwashieman and Santa Maria, all suburbs of Accra and allegedly killed one Francis Thomas Anderson, a graphic designer, has been arrested by the police.

Suspect Ato, also known as Kofi Obeng Darko, was arrested when he attempted to sell some of the booty they allegedly robbed their victims of, at the Kwame Nkrumah Circle in Accra.

He is now in the custody of the Accra Regional Police Command assisting in investigations after refusing to mention the names of his accomplices.

Twenty-nine-year-old Francis Thomas Anderson, a graphic designer at Osu, was shot dead gruesomely when a gang of armed robbers stormed his house to rob him, after robbing three other houses.

His pregnant wife, upon seeing the robbers, went into hiding in one of their rooms when her husband tried to prevent the gang from entering his apartment.

Some residents who came to identify the suspect at the police station hinted that they suspected Obeng Darko to be among the gang that killed the young graphic designer.

The suspect, who is a steel bender, was released from prison through the ‘Justice For All’ programme recently.

On May 31, 2015, at about 1am, the complainants said they were sleeping when the suspect, together with two others – now at large – armed with a double barrel gun, entered their houses and started robbing them from room to room.

The suspects moved to the second house where they allegedly robbed their victim of his Nokia mobile phone valued at GH¢50 and GH¢800.

The suspects moved to the fourth house and robbed the victim of an HP laptop black colour valued at GH¢1,400, a Nokia mobile phone valued at GH¢50 and a Vodafone modem valued at GH¢70.

One of the victims, who sells mobile phones at the Nkrumah Circle, was said to be at his shop when Obeng Darko allegedly brought in the Pineng back-up and Royal power buck-up to sell.

The victim identified the Pineng back-up as the one that was robbed from him and got closer.

With a critical look, victim realized that the suspect was also wearing his Air Max canvass and Tommy Hilfiger wrist watch.

The victim raised an alarm and Samuel Ato was apprehended and sent to the Odorkor police station.