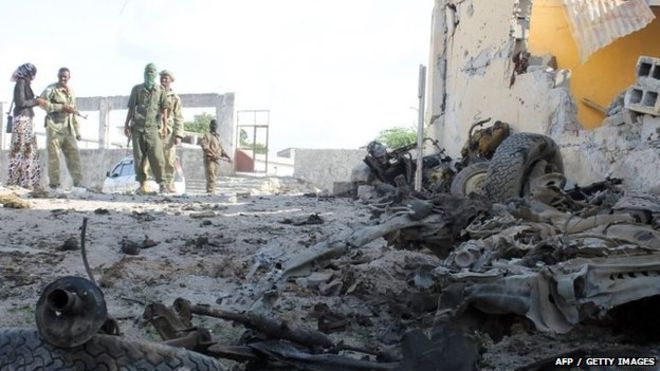 The Somali jihadist group al-Shabab has carried out an attack in the country’s capital Mogadishu.

A suicide car bomber and gunmen attacked a training centre for the national intelligence agency on Sunday morning.

The militants have vowed to intensify attacks during the Muslim fasting month of Ramadan, which began on Wednesday.

Al-Shabab claims to have killed several intelligence officers inside the building, something the government denies.

After the suicide bomb was detonated outside the training centre, gunmen reportedly stormed a civilian house that they had mistaken for the government facility.

“They were trying to storm the premises but they have been taken out before they reached their objective. There was no casualty on our side,” he told reporters.

Bodies of al-Shabab militants were shown to the media.