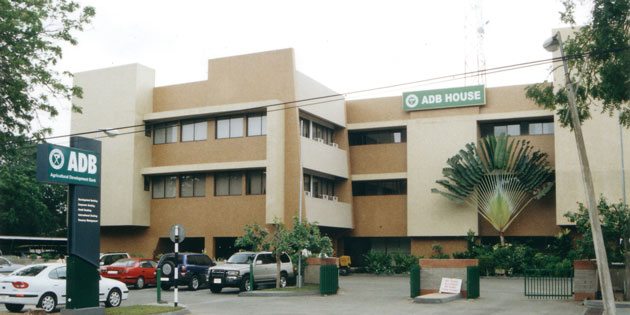 In the recent past weeks, we the staff of adb have observed with pain the disquiet and angst that has characterised our union deliberations with management and other third parties with regard to happenings in our bank which unfortunately have not yielded any single positive gain for both staff and the bank.Whilst acknowledging the rights of the local Union to seek the welfare of our cherished members of staff and to address issues that border us, the antagonistic posture of UNICOF in the media and the seemingly silence of our local Union on the improper conduct of the leadership of UNICOF has left a sour taste in the mouth of many staff members.We wish to first and foremost register our disappointment and disgust at the lack of leadership being demonstrated by our local Union in the face of blatant falsity by UNICOF in the media which continues to hurt the bank and its fortunes in this very competitive industry. It is a fact that the illegal strike which UNICOF imposed on us was very costly to the bank, eroding confidence and trust.Banking is an occupation that thrives on trust and confidentiality which unfortunately appear to have been lost on the leadership of our local Union and UNICOF. The recent illegal sit down strike unscrupulously engineered by UNICOF severely eroded the trust and confidence that many customers had in us and this has resulted in significant loss of business particularly with regard to deposits. Such acts if left unchecked will place the future of our hardworking members of staff in jeopardy as we are relevant only when we serve our customers to their satisfaction and continue in business.Secondly, the call by the UNICOF leadership for the Board and Management to be sacked before continuing negotiation without any justifiable reason can best be described as bad faith and self seeking and not in the interest of adb staff. As workers, we expect our Union to be addressing issues on our welfare including but not limited to the following;whether there will be retrenchment after the IPOwhat percentage of the IPO could be protected for staffwhat are the benefits and incentives for staff post IPOAt a time like this when the bank is engaging with all stakeholders on the IPO to ensure that the interest of all stakeholders are protected, the interest of staff appear not to be on the agenda of UNICOF as the current wranglings have destroyed trust between management and the union creating a deadlock situation. This untenable situation with its dire consequence on the bank and the welfare of staff is creating an uncomfortable environment for fruitful negotiation in the nearest possible future leaving our job security in limbo.As staff of the bank, we are also guided by the recent disgraceful conduct of our local Union in the wake of the illegal strike. Not only was this illegality imposed on some branches, the leadership of our local Union went round locking up some branches which were operational. In some cases, they locked up branches which had customers and staff, creating an environment of insecurity, fear and panic. We find this perfidious conduct appalling and insensitive.We would recall this same Union in seeking our interest in the initial discussion of the IPO with management have continuously shifted the goalpost without recourse to staff of adb. UNICOF has also failed to communicate with staff of adb on these same issues which are unrelated to the IPO. For the avoidance of doubt, we refer to past communication between staff of adb and UNICOF.On the account of the above mentioned reasons, we the undersigned have collectively agreed to secede from the UNICOF union. This is to allow us champion and protect our interest as staff of adb in the face of the IPO and post IPO era.We also wish to use this medium to outdoor the formation of; Financial, Business and Services Employees Union (FBSE) of Ghana Federation of Labour (GFL). We wish to encourage other staff to join FBSE of GFL which promises to seek and protect the interest the adb workers at all time. We promise to place the collective interest of staff as our number one priority.Thank You