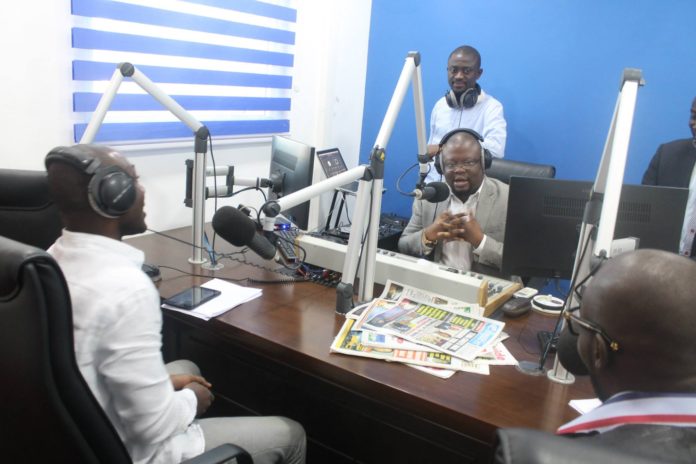 At about 4: 00am on Monday May 11, a towering figure walked through the main entrance of Adabraka-based Kasapa 102.3 FM.

It was a very important step for both station and figure. It marked the beginning of a new dawn for a man many have come to know as Fiifi Banson. It also meant the start of something exciting for the few weeks’ old station, on whose call to duty he had reported for.

Banson walked into the Kasapa FM job with a 20-year experience that saw him work for some of the most popular brands on urban radio. Having worked at GBC, Radio Gold and Peace FM, the Kasapa morning show job was going to be an extension of a two-decade journey that has been beautiful in many breadths.

And in the first few weeks of his being on air, Banson has justified why the morning show host position was just what he needed to chart a new career path.

Aware of the competition on morning radio, the father of three says the motivation to accept the Kasapa FM challenge was to build something entirely different from what he got used to for years.

“I wanted something more challenging; it wasn’t about the money, I wanted to build something new with Kasapa,” Banson says.

The well-structured set up of owners EIB Network, and the prospects it wielded Banson says was also part of the motivation to accept the challenge.

“There is something exciting about the EIB structure; somehow you know this is going to work. It is the focus and direction. These are my contemporaries, we’ve been friends for years so for me the fact that it was going to be one big family of persons I am familiar with got me excited.”

In the building that houses Kasapa FM you also have LIVE FM, EIB’s other investment. Kofi Okyere Darko, LIVE’s Events Manager is Banson’s former colleague at Radio Gold, where he made his name on radio.

“So we have this huge resource of familiar people you can always walk up to and share ideas with. There is that sense of belonging. For me, that is good for the kind of work we do.”

Beyond the friendly cheers and constant patting on the back Banson says, would be real work.

“We are serious about what we want to achieve here, the dream is big.”

Having been around for many years, Banson knows all too well in order to build something unique he would need the support of a solid team. That has been catered for. The morning show production team is made up of a decent pool of talents who themselves had made a name on urban radio prior to joining Kasapa FM. Kojo Preko Dankwa, and Emmanuel Ohemeng are behind what has so far been praised as a strong morning show force. The two have shaped and properly defined Banson and Accra’s morning in the last few weeks.

On Anopa Kasapa you get served with that feel of radio being different for a good cause. You get to experience how radio can be used to get real time results. You also get treated to a decent flow of conversations that set the agenda, and builds into the general positioning of working for the people. 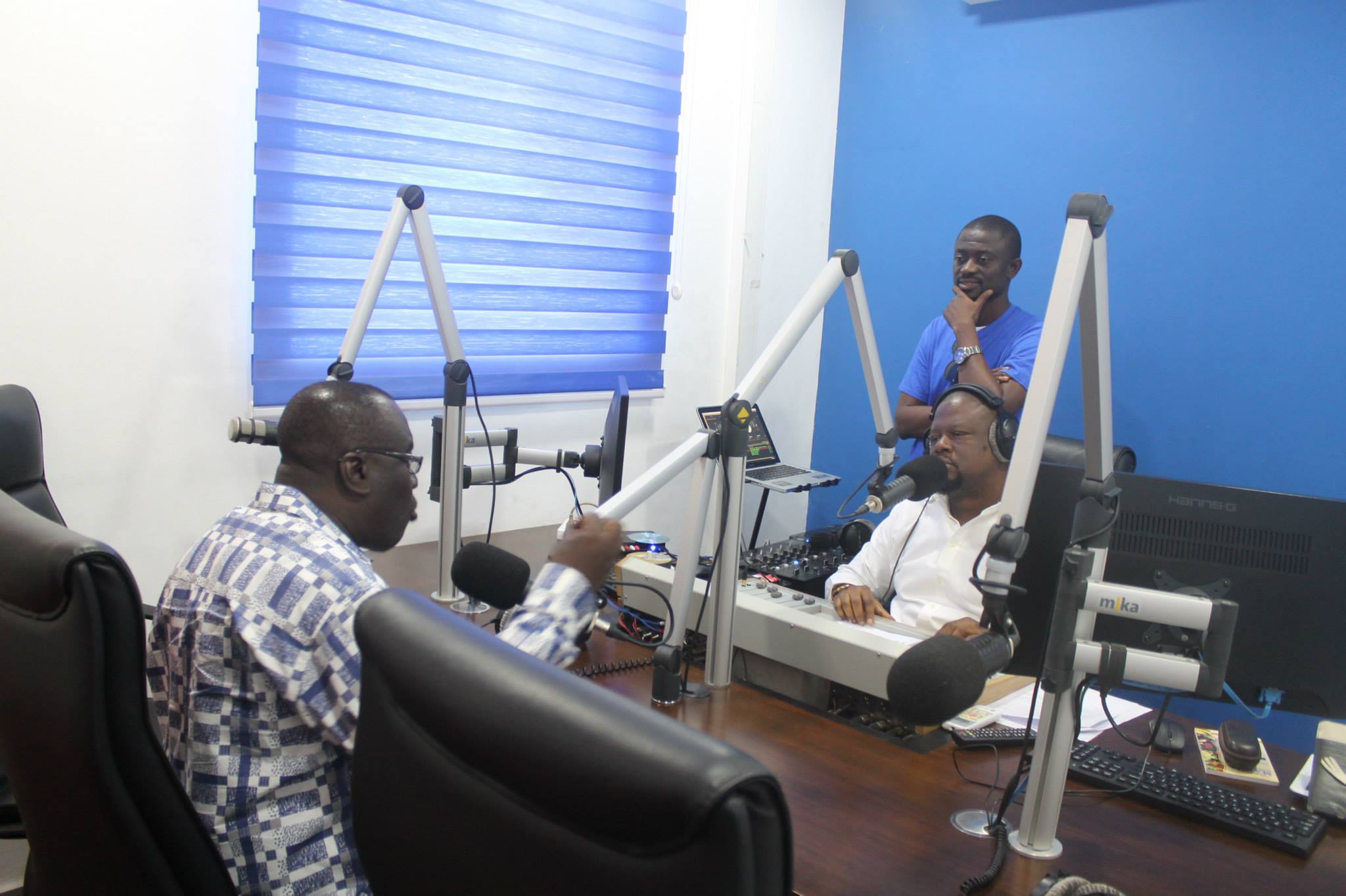 “We want to build a community of listeners; we want to have something unique going that people can relate to. For me that is what radio should be about, and that is what we are doing with Anopa Kasapa.”

In the next few years ahead, Banson would want to see Anopa Kasapa being a reference point for morning shows. He wants a show that endears itself to the growing community of listeners he is building. And that he says is achievable. 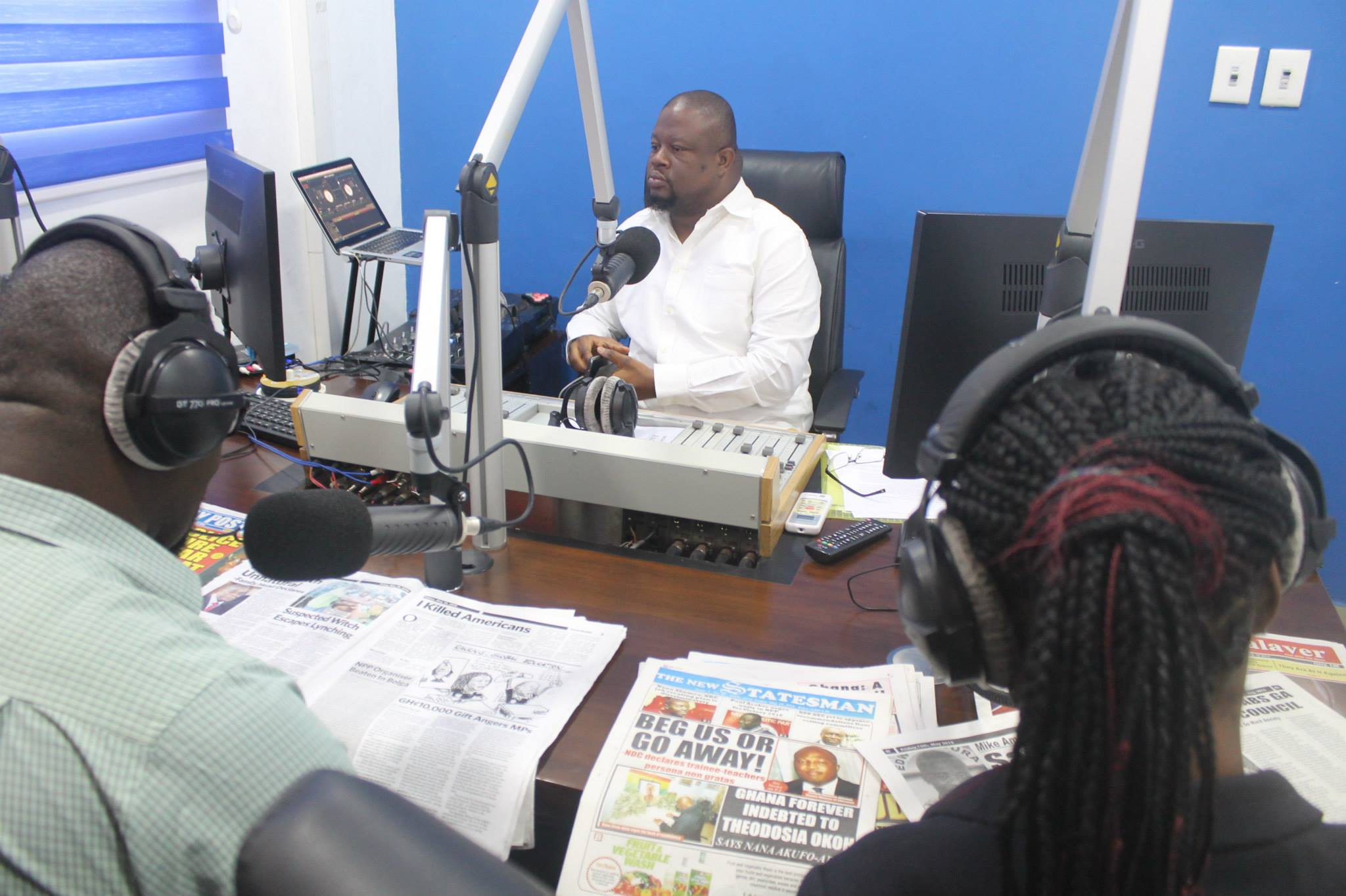 “We want to be that reference point for morning shows. We are already achieving that based on the feedback we are getting. We are on course to delivering a useful morning show.”

Some of that feedback Banson says has come from a cross section of people, his lawyer wife, Naana, being one.

“She is my number one critic; she tells me as it is. And of course my three daughters and mum as well.”

On air every between 5:30am and 10:00am every weekday, Anopa Kasapa starts off with an inspiration segment. Banson says the decision to start off that way was his call, and fell in line with what he thought could be achieved with that.

“I think we are gradually building a family that believes in this same vision. They feel that even before we get to do all the political and social talk, we should have that solemn moments is a good thing. They have become part of the Anopa Kasapa vision.

“We are planning on having the Anopa Kasapa all night praise and worship events where all these people can come together and share in the success.”

One of EIB’s properties, Kasapa 102.3 FM went live in May after weeks of test transmission. With celebrated broadcaster Kwabena Anokye Adisi (Bola Ray) as its CEO, the station is steadily building its way into mainstream appreciation.

Banson is optimistic about its penetration.

“Look at the pool of talents here from the receptionist to the studio technician; it’s one big family of young people who want to achieve something.”

The 102.3 FM dial has for the past few weeks offered listeners in Accra a refreshing alternative. That alternative Banson agrees has to be maintained and justified.