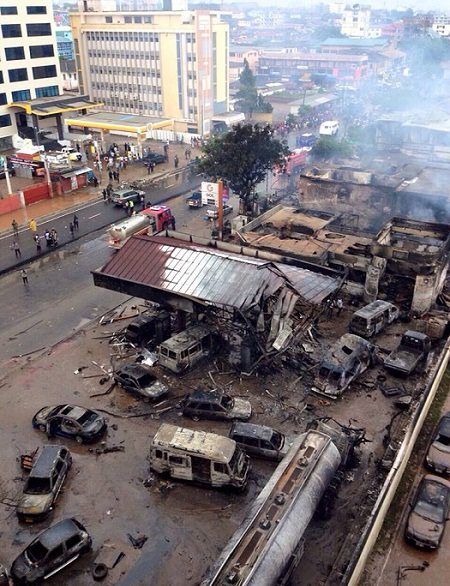 The country’s premium Health facility, Korle Bu Teaching Hospital, has so far recorded a number of 14 casualties, in Wednesday’s heavy downpour and inferno that resulted in a number of deaths.

Out of the 14 reported cases, 13 are males. One person was confirmed dead upon arrival.

At the moment, 12 persons at the hospital are in critical condition.

The Degree of injuries he said, is devastating but has noted they are not overwhelmed with the number of cases flooding in. The Hospital staff he adds are geared up to contain any emergency later.

The facility is still expecting more cases in the horrific incident that happened hours ago in Ghana’s capital Accra.

Meanwhile, the 37 Military Hospital has so far recorded 65 dead bodies at its morgue, as 5 casualties with various degrees of injuries are currently being attended to at the Intensive Care Unit.

Health Minister Alex Segbefia says blood donation at this point is necessary for the significant number of casualties that need surgery.

The incident has virtually frustrated business activity in the capital city.