Parliament has postponed deliberations on the report of the Privileges Committee after its hearing on contemptuous statements made by Professor Alex Dodoo, Lecturer at the School of Medicine and Dentistry of the University of Ghana and Abubakar Ahmed, a.k.a. Blakk Rasta, a radio presenter to Friday July 25.

The Privileges Committee was programmed to have presented its report today Thursday, following which other members of the legislature would have been given the opportunity to comment on the matter and a decision subsequently taken.

The postponement was necessitated by the work load on the House.

The renowned Pharmacist had described comments coming from MPs who were against the recent Phase 1 Trial of Ebola Vaccine in the Volta Region and had called for its immediate cessation, as ignorant, while Blakk Rasta alleged that over 80% of Parliamentarians used marijuana. 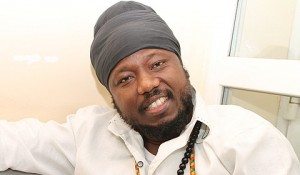 Their comments which were seen as an affront to Parliament got them invited by the Privileges Committee to explain themselves. They honoured the invitation where both of them rendered an unqualified apology to Parliament.

Parliament once again extended an invitation to both gentlemen to be present when the house sits on the report.

Prof. Dodoo and Blakk Rasta on Thursday honoured the invitation accompanied by their counsels Yoni Kulendi and Tadius Sory respectively.

The two, will know their fate Friday when the House finally deliberates on their issue.