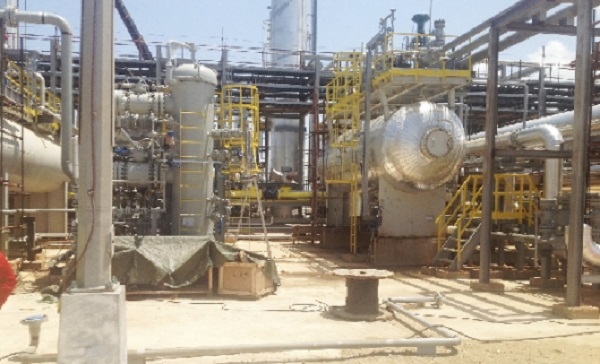 The current erratic power supply is expected to see a marked improvement following the completion of more than $360m expansion and maintenance works at the Takoradi International Company (TICO) T2 plants last Friday.

The expansion added 110 megawatts (MW) to the plant’s production capacity, bringing the total power generated by the plant to 330 MW.

The increase in MW was attributed to the expansion, which had the addition of steam turbine and associated heat recovery steam generator to the plant to produce the additional 110MW at the same fuel cost.

The boost is estimated to lessen the power crisis that has adversely affected businesses and social lives of some Ghanaians for the past three years.

The Managing Director of TICO, Nana Osafo Kantanka Adjei, in an interview with Daily Graphic said its operations since 2000 had been producing 220MW of simple cycle power from its two gas turbines.

“We will not relax or say the work has been completed. It is only when the remaining marine works and the performance test, which end on Thursday, that we will declare full completion of the entire expansion work,” he noted.

“I must say that at the Aboadze Power Enclave with the current T1 and T2 with 660MW, TICO’s total output of 330 full capacity constitutes 50 per cent and at the national level it is about 12 and 17 per cent depending on generation at a time, which is very significant,” Nana Osafo Kantanka Adjei said.

Feature: GHC12b paid for Power not used – The cost of NDC’s Pay-or-Take contracts