Government says it has initiated the process to pay the 2014/2015 Book & Research Allowance for senior members of Public Tertiary Institutions for the 2015 financial year.

University teachers in the country have declared an indefinite strike over nonpayment of book and research allowances. They have threatened to desert the lecture halls until all the monies due them are paid.

Their resolve to leave the lecture halls of public universities was taken at a meeting on Wednesday at the University of Education, Winneba, according to a statement.

University Teachers Association of Ghana (UTAG) said government is yet to acknowledge the many letters they have written on their 2014/2015 Book & Research Allowance hence the sudden decision to strike.

However the government has said it is committed to paying the Lecturers all their allowances to facilitate their work.

Below is a copy of a letter to that effect. 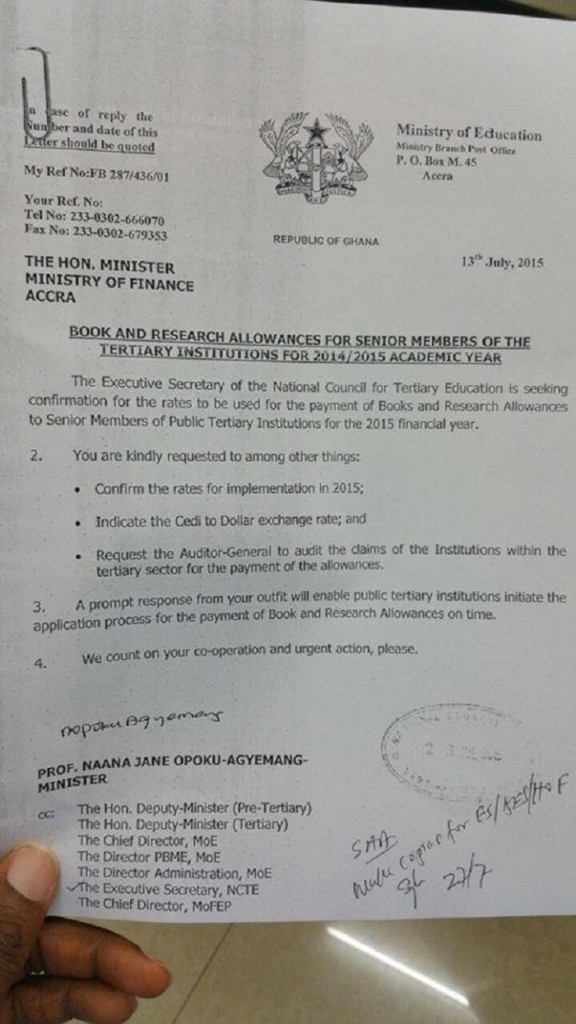