President John Mahama has said that the two new flyovers at the Kwame Nkrumah Circle will accommodate part of the traffic expected ahead of the introduction of the Bus Rapid Transit System.

Mahama disclosed this Friday, when he commissioned the two flyovers, named Nsawam and Akasanoma respectively. 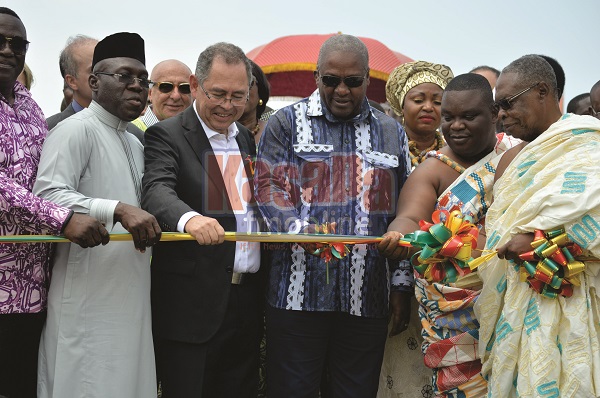 The Bus Rapid Transit System between Amasaman-Accra, is almost completed, he added.

The country is set to begin operating the BRT in the national capital, Accra, by November this year.

“Bus infrastructure facilities including new terminals at Ofankor and Amasaman, remodelling of the sections of the Achimota terminal and bus shelters are being provided.”

This he said, is to boost efficient public transport system and improve vehicular movement in the metropolis.

The €74.88million circle project is being jointly financed by the Brazilian and Ghanaian governments.