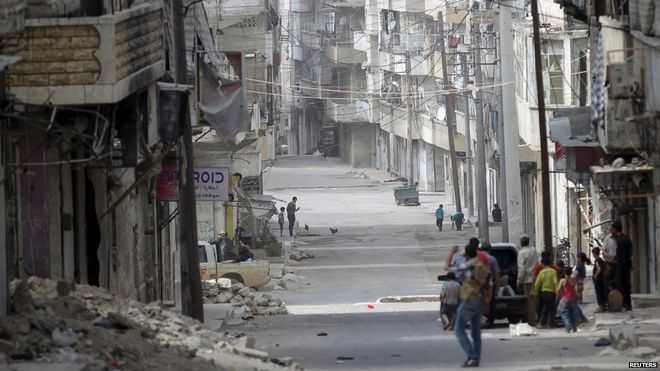 A Syrian government warplane has crashed in a marketplace in the north-western town of Ariha, killing 12 people, activists say.

Ariha was one of the last government strongholds in Idlib when it was captured by Islamist rebels in May.

The fall of Ariha left most of Idlib province, bordering Turkey, in rebel hands.

The SOHR said dozens more had been injured in the incident. It is not clear whether the plane was shot down or crashed for another reason.

The Local Co-ordination Committees (LCC), a network of opposition activists, posted an image online of what it said was the aftermath of the crash, showing huge damage to the marketplace and surrounding buildings.

It said people were working to find survivors under the rubble and remove bodies.

In January officials said at least 35 soldiers had been killed in a cargo plane crash in Idlib province.

State media blamed that crash on “weather conditions and heavy fog” but al-Nusra rebels, linked to al-Qaeda, said they had shot down the cargo plane.