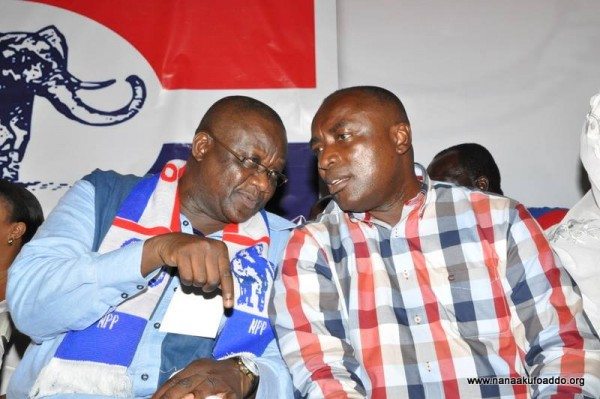 Pollster, Ben Ephson, has predicted that the opposition New Patriotic Party (NPP) may begin the process of impeaching its national executives, Paul Afoko and Kwabena Agyepong by March next year.

There are currently petty squabbles within the NPP.

The troubles are intensifying as a result of what is turning out to be mistrust among its national executives, with some alleging that the party’s National Chairman and General Secretary are clandestinely against the flagbearer’s victory in the upcoming 2016 elections, hence are working tirelessly to bring him down.

However, the two beleaguered executives are pointing fingers at some elements within the party accusing them of scheming to create tension.

Speaking on Anopa Kasapa on kasapa 102.3 FM Wednesday, Ephson predicted that the tensions will take a different dimension.

“I believe there are going to be some damning things on kwabena Agyepong from within the party. I believe they have a strong case against him. It cannot be that if he’s not done anything wrong, everybody will accuse him of doing something wrong,” he reiterated.