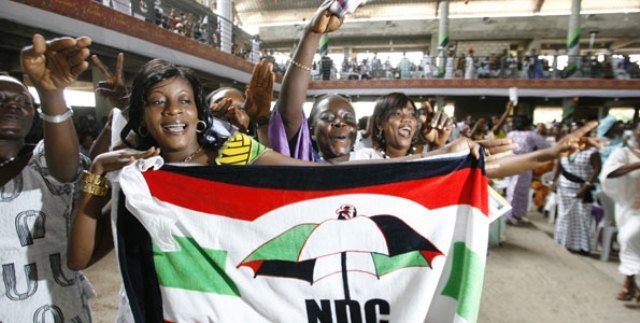 A deputy General Secretary of the National Democratic Congress (NDC), Koku Anyidoho, says the imposition of Presidential and Parliamentary candidates on the party in times past had a negative bearing on the umbrella family.

The act he said caused them to lose elections they could have easily won.

The introduction of delegates, he argued, to a larger extent, has also not helped matters, compelling the current executives to come out with an initiative to help minimize the challenges they encounter as far as their internal elections are concerned.

“As at our last Congress in Kumasi, if God was not on our side, somebody could have come from nowhere and use his or her money to buy the NDC party. All that I am trying to say is that if we are not careful, the delegates system will also breed some strange persons who will just come with money, target delegates and hijack our party.”

“That is why we decided to bring everybody onboard to vote and that is why I think it is empowering a lot of new entrants,” he said in an interview with Fiifi Banson on Anopa Kasapa on Kasapa 102.3 FM Thursday.

He added “if you look at the NDC’s history from the PNDC perspective, it was power to the people. But when we transitioned to democracy between 1992 and 2000, we didn’t even have the right to choose. It was pure consensus building and imposition. There was no power to the people. Power resided with the top. And in 2000, the base got angry and we lost the elections. Fast forward, the current executives say we are sending power back to the people and they are excited.”

Mr. Anyidoho’s remarks was in response to a question posed by Banson as to whether he (Anyidoho) was surprised with the number of personalities that have picked and filed their nominations to contest the party’s upcoming Presidential and Parliamentary elections.

He said the decision to give way to registered members of the party to exercise their franchise in the Presidential and Parliamentary primaries was to eliminate the influence of money on delegates.