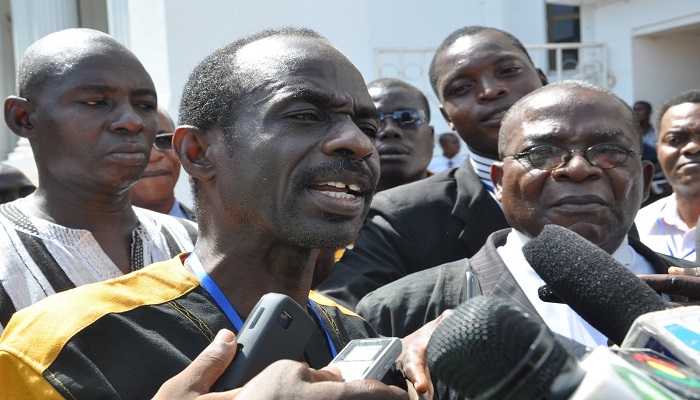 The General Secretary of the governing National Democratic Congress (NDC) Johnson Asiedu Nketiah has urged the Police to arrest the Vice Presidential candidate of the New Patriotic Party (NPP).

The NDC Chief Scribe while addressing a press conference in Accra Wednesday, in reaction to a statement by the Electoral Commission rejecting the NPP’s calls for the compilation of a new voters’ register, called for the laws of Ghana to be set in motion to punish Dr Bawumia.

The largest opposition New Patriotic Party has since last year been championing the course for a new voters register ahead of the November General elections, insisting the register contains several anomalies. The NPP claimed that its scrutiny of the register established over 76,000 Togolese on the Ghana electoral roll.

The party subsequently petitioned the EC over their findings. However in response, the EC stated:

“In examining the identity and status of the 76,000 Togolese alleged to be on Ghana’s Register, the EC found that they were all duly registered during the mass registration period in 2012. Most of the voters were registered in districts in the Volta and Northern Regions.
Following the EC response, Johnson Asiedu Nketia said Bawumia’s action amounts to deceit and must be arrested.

“We are calling for the arrest of Dr Bawumia,” he stressed. “I’m not a lawyer but I have heard people say that if you falsify public documents with the intention of deceiving people our laws should have a way of dealing with you.”

He added: “…They have come to deceive the electoral commission again by printing fake Togolese register and picked people’s pictures on the register and presented them as Togolese… how can a PHD who wants to be a vice president of this country, how can you sink that low.

“It should not happen when you are presenting evidence to a constitutional body like the Supreme Court or the electoral body and you shouldn’t be left off the hook like that… otherwise our democracy will be in danger.”