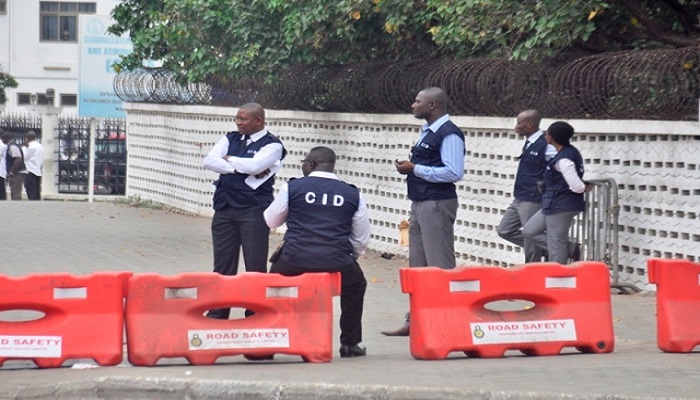 Immediate past Fomena constituency Youth Organizer of the ruling National Democratic Congress (NDC) Robert Owusu Tilton is in hot waters, as the Police have mounted a manhunt for him over his reckless comment that preaches violence.

The Criminal Investigative Department (CID) of the Police Service has requested a copy of the young politician’s comments which the police considers very dangerous, especially as the nation prepares for the November general elections.

Mr Robert Owusu Tilton made the irresponsible statement while reacting to concerns that a divided opinion on the voters register could be the basis for any of the political parties to reject the outcome of the elections.

In a fit of ‘verbal diarrhea’ he revealed that the ruling party has a stockpile of sharpened cutlasses, to deal brutally with political opponents in this year’s elections.

He insisted even after persistent caution from the host that the police commander in the person of DCOP Nathan Kofi Boakye was aware of the NDC’s preparations.

“In the past, some of the good proposals the NPP has put forward concerning our electoral process even during the NDC regime was adopted by the EC, so if today you suggest something and the EC turns you down you shouldn’t complain. Why, is Ghana for NPP alone?…let anyone tempt and see what will happen. We will cut people into pieces with our already sharpened cutlasses. Our sharpened cutlass will do the work. Even the Regional Police Commander, DCOP Kofi Boakye supports me.”

The police obviously not taking the comments lightly has moved swiftly into action.

Such beating of war drums by members of political parties in election year; is common especially as elections draw nigh.

This comment has put fear in a lot of people, coming on the back of the discovery and seizure of arms and ammunition in the country in the latter part of last year.

The police in Kumasi during the period, discovered a cache of arms and ammunition at Alabar, a suburb of the metropolis, where a Burkinabe – suspected to be arms dealer – had stockpiled deadly weapons, including anti-aircraft rifle.

While the security agencies were grappling with the situation, another huge consignment of bullets were seized at Aflao in the Volta Region.