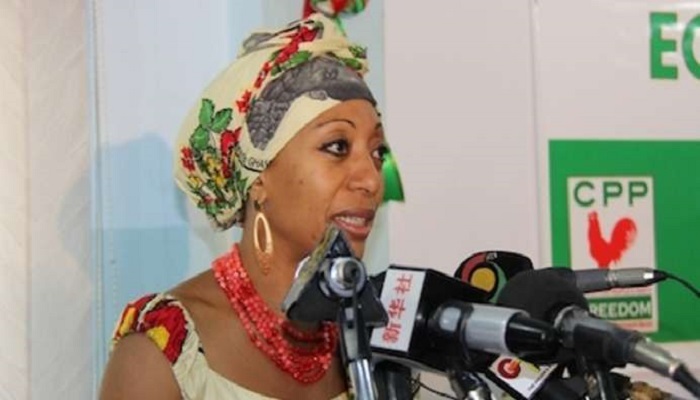 A Deputy Communications Director of the Convention People’s Party (CPP) Osei Kofi Acquah has blamed former chairperson of the party Samia Nkrumah of collapsing the party through her obstinate behavior.

According to him, this has resulted in several high ranking party members are leaving the CPP.

His accusation follows the decision of the party’s 2012 Presidential Candidate Dr. Abu Sakara’s decision to leave the party and contest as an independent candidate in the November election.

Speaking to Fiifi Banson on Anopa Kasapa on Kasapa FM Wednesday, Osei Kofi Acquah who speaks for the party in the Ashanti region described Samia who is campaigning to lead the CPP as Presidential Candidate in the November election as being autocratic.

“She is to blame for what is happening in the CPP. Dr Nduom quit the CPP because of her attitude and now Sakara is also leaving. She is not ready to listen to any other person’s view; this attitude is collapsing the CPP.

“Dr Sakara proposed that we contribute monies to build the party and she kicked against it, but also failed to come up with any strategy to rebuild the party. We are giving her some days to rethink her stance on matters in the party else we will have to take a decision and go with Sakara,” he stated.