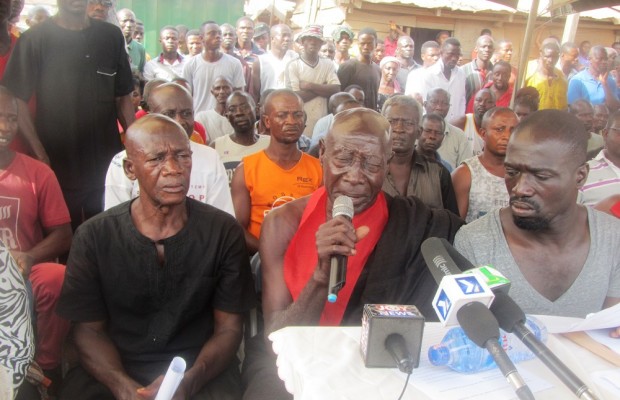 All political activities and national celebrations, including the impending 59th Independence celebration, have been banned at Agogo in the Asante Akyim North District of the Ashanti Region by residents of the area.

The residents said they would continue to boycott all state functions and political activities until their rights to live are restored by state actors, security agents and leaders of political parties.

He said President Mahama in particular had failed to flush out nomadic Fulani herdsmen and their cattle from the area.

“Even though the security services have their personnel stationed at Agogo, we are yet to see a move that testifies their seriousness to carry out the 2012 court order,” he stressed.

He disclosed that instead of the security men pitching camp at their villages where the Fulanis have been raping and killing the residents, they have been put in expensive hotels at the expense of the district assembly.

Chairman of the Agogo Youth Association (AYASS), Emmanuel Buabeng, on his part, also called on the Regional Police Commander, DCOP Kofi Boakye to immediately transfer one Inspector Agyekum, who was said to be in charge of the area, alleging that the police officer had been compromised by the cattle owner.

Mr. Buaben stated that the peace-loving residents of Agogo, who feed the nation, had become strangers on their own lands, with nomadic Fulanis raping their women, maiming and killing the men at will.

According to him, the situation has led to immeasurable economic loss, grief and sorrow, pollution of water sources.

“Ever since the traditional leaders stealthily leased the Agogo lands to the Fulanis, about 40 hard-working farmers have been murdered in cold blood and countless people maimed, while others have been chased out of their farms and villages,” he disclosed.

The Agogo youth leader said fear had engulfed the area and the farmers were afraid to go to their farms.

“The atrocities of these itinerants have caused joblessness, delinquency, injuries, etc. In all these barbaric acts not a single culprit has been arrested and prosecuted,” he indicted. – Daily Guide