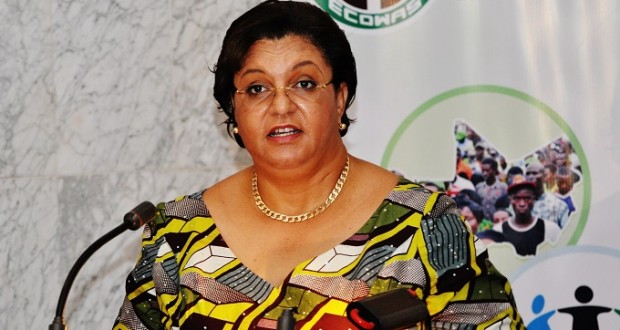 Foreign Affairs Minister, Hannah Tetteh, is expected to storm the Parliament of Ghana this Friday, February 19, 2016, with issues of the two Yemeni cleared terrorists currently being integrated into the Ghanaian society high on her agenda.

The House is expected to be constituted into a Committee on the Whole where Madam Tetteh would brief Members on the factors that influenced the country to admit the Gitmo detainees into the Ghanaian society.

The sitting, according to the leadership of Parliament, would not be open to the public.

This was contained in the Business Statement read on the floor of Parliament last Friday.

Madam Hannah Tetteh’s invitation to the August House was spurred by concerns from Members from both sides of the legislature over the Gitmo detainees’ acceptance into the country without their knowledge.

On Wednesday, January 6, 2016, the Foreign Affairs Minister announced that Ghana has accepted a plea from the International Criminal Tribunal to provide shelter for two cleared terrorist suspects of Yemeni origin who were detained in Guantanamo Bay prison by US authorities.

According to Madam Hannah Tetteh, the two Gitmo detainees were unable to “return to Yemen at the moment and we have indicated our readiness to accept them for a period of two years after which they may leave the country”.

That aside, the Ministry said it had also agreed to provide humanitarian assistance and refuge to some persons from Rwanda, Yemen and Syria.

Ever since the announcement, a cross section of the Ghanaian populace has criticized the government for putting the country’s security into jeopardy.

Concerns have also been raised as to the actual number of detainees the country has admitted into its fold.

“I have received a paper indicating that fifteen (15) more of the detainees will be following. That means Ghana is going to host 17 of these detainees. So, it is important that we get to know whether their arrival will benefit Ghana. In the context of good governance, information is very vital. We call it answerability – people need to be accountable”, argued Dr. Nana Ato Arthur, MP for Komenda-Edina-Eguafo-Abirem.

Madam Hannah Tetteh is therefore expected to brief Members about what actually went into the discussions with the US Government before accepting the Gitmo detainees.