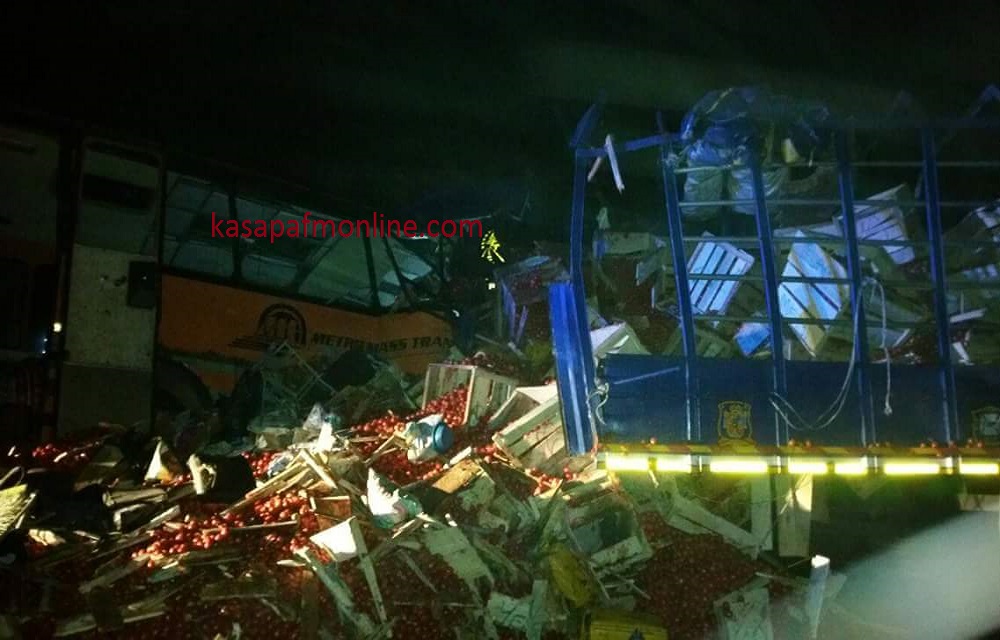 The death toll of Wednesday night’s car crash at Kintampo in the Brong Ahafo Region involving a Metro Mass Transit bus and a cargo car has now hit seventy (70).

According to hospital authorities at the Kintampo Government Hospital the number could go up because several of the injured were in critical when they were brought to the hospital.

Twenty nine ( 29) bodies were initially conveyed to the morgue immediately after the accident followed by another 29 in a Kia truck in addition to an earlier seven deaths. Six more died Thursday morning.

Addai Munumkum reports that the unavailability of towing cars and ambulances to convey the injured to the hospital soon after the accident contributed to the high death toll.

The head-on collision between the Tamale-bound Metro Mass Transit bus and Accra-bound truck loaded with tomatoes from Burkina Faso occurred before 6pm on the Kintampo-Tamale highway.

Mr Mahama wrote on Facebook that he “received the sad news of an accident involving an M.M.T. Bus on the Kintampo-Tamale road. Condolences to those who’ve lost loved ones. Emergency services working to attend to injured passengers. Very sad news”.