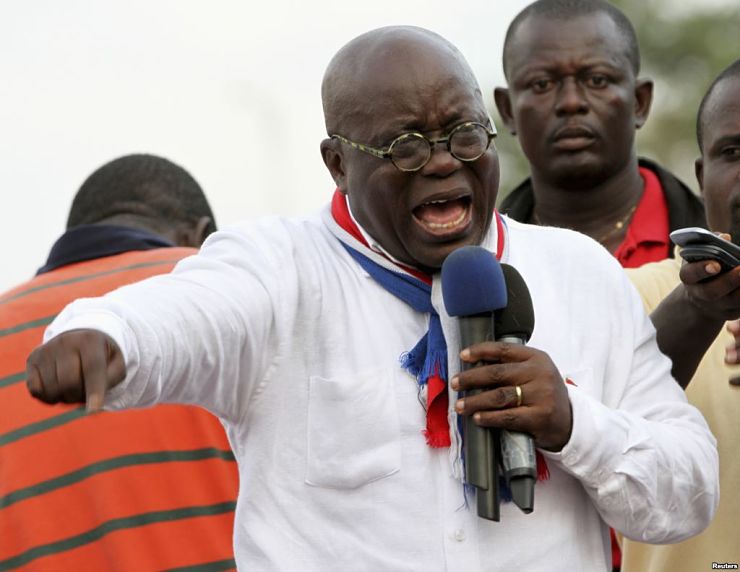 According to Akufo-Addo, unlike President Barrack Obama who informed the US Congress about the decisions taken so far with regards to the ex-GTMO detainees, and thereby, preventing any possible chaos among the American people, President decided to do otherwise.

The repercussion of such a decision, he noted, is fear and panic among the Ghanaian populace.

“The American President did what he did in the best interest of his country but our President have only succeeded in spreading fear and panic among the population”, he noted.

Delivering the NPP’s Real State of Nation Address at the College of Physicians and Surgeons in Accra, Akufo-Addo said he finds it so disturbing when President Mahama decided to live Parliament in the dark and also ignore the laws of the land when agreeing with the US Government over the two ex-GTMO detainees.

He said what is more worrying is the President’s failure to address the widespread genuine anxiety of Ghanaians when delivering the State of the Nation Address on the floor of Parliament last Thursday.

“I cannot recall in recent times anything that has so agitated Ghanaians as the importation of the so called ex-GTMO detainees into our country”.

“And yet the President in his State of the Nation Address failed to dismiss this issue by claiming that his Foreign Affairs minister has addressed the subject when she appeared before closed door session of Parliament when in fact she did not shed any light on the matter. The Ghanaian people are yet to be persuaded that this decision is in their interest”, he posited.

The former Attorney-General argued that the decision of President Mahama in accepting the two ex-GTMO detainees ought to have been in consonance of acceptable principles of international diplomacy and in a manner that was consistent with national interest of Ghana as demanded by the 1992 Constitution.