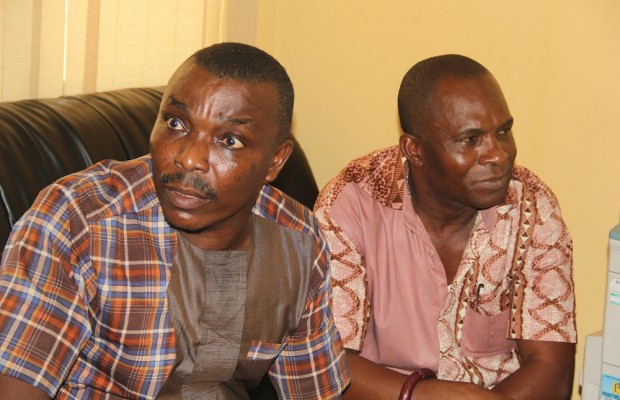 Prophet Adu Gyamfi, head pastor of the End Time Rock Ministry, and Nana Kobina Eyaa, known in private life as Eric Ebo Aikins, the Obaatan of Atatakyiwa in the Central Region, are helping the Tesano Police in investigations of some building materials worth GH¢1,584, 000 which have been reported as stolen.

Prophet Adu Gyamfi, whose church is located at Abelemkpe in Accra, was over the weekend arrested and detained at the Tesano Police Station after investigations showed he was one of the persons who bought parts of the building materials reported to be stolen.

The prophet admits to have bought some of the building materials under investigation, but insists he never knew they were stolen goods or materials that were being sold with dishonesty.

“I am a man on high reputation and I only sent someone to go buy me blocks and then I paid. How can I know they are stolen blocks? I am not a thief and I have not stolen,” a worried Adu Gyamfi insisted at the police station.

On Tuesday, Eric Ebo Aikins and some five others were sent to an Accra circuit court over the matter and a bench warrant was issued for the arrest of the sixth accused, Mohammed Shaibu, the foreman of Prophet Adu Gyamfi.

Chief Superintendent Tuaruka Duuti, the persecutor, told the court that Eric Ebo Aikins was employed as supervisor by the complainant to take care of his various building projects.

He was also in-charge of a warehouse at Abelenkpe, where the building materials were being kept for the construction of a six-storey building.

Sometime later, the complainant had information that most of the building materials had been stolen, and he immediately went there to verify, after which he reported the case to the police for investigation.

Eric Ebo Aikins and Francis Mantey were invited to help with investigations and they admitted to have stolen the building materials on different occasions and sold them many people, including Prophet Adu Gyamfi and the other accused persons.