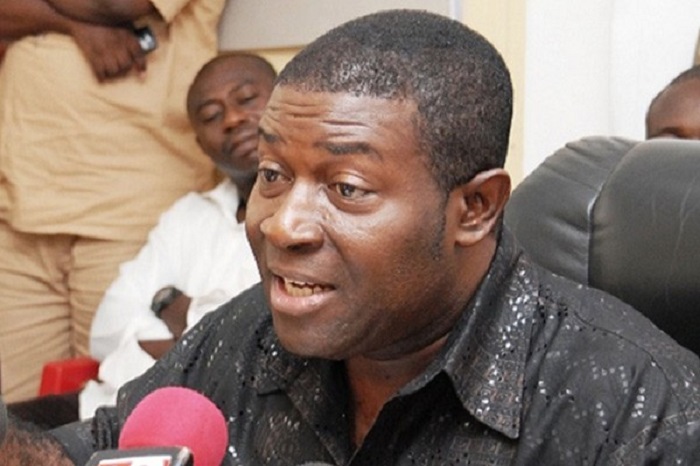 The national elections coming on in (probably) November is no doubt the biggest event on the Ghanaian national calendar for 2016. November being a few months away, the New Patriotic Party, like many Ghanaians, is worried about the many uncertainties that currently characterise the work of the Ghanaian Electoral Commission (EC) in the run up to November 2016.

A credible voter register is at the centre of credible elections in November. All parties, –the EC, and political parties — agree that the register is very bloated, in addition to other flaws.

The NPP (and other parties) have petitioned for a new register as best way of securing a credible register. The NDC, and other parties, have advocated for some auditing process, as adequate to clean up the register.

The EC has indicated its decision in favour of cleaning the register through the current challenge and auditing process already provided in C1 72. The auditing process announced by the EC is a combination of public exhibition to allow public participation in the process, and contracting some consultant to execute some other auditing procedures.

However, a five member panel of experts set up by the EC to collate and advise it on an appropriate auditing process has stated in its report that the measures announced by the EC to clean up the register would not work. The panel stated that relying on the challenge procedure provided by the exhibition of the register is “not a viable option “. The panel reported at page 17 paragraph 7 that “judging by the sheer numbers, the Electoral Commission’s proposition to display the register, with political parties, the Electoral
Commission and the citizenry to identify and point out invalid names, is not a viable approach. Particularly, when the persons who identify these records are expected to expend their time, energy and resources not only to provide the evidence but also to testify before a court of competent jurisdiction.”

lt continues on page 18: “The system is not effective in achieving the set goals of eliminating invalid records from the register and must be reconsidered. It is said you cannot do the same things and expect different results.”

Regarding the EC’s contracting some expert consultant to help audit the register, we do not know which company has been contracted, their terms of reference, methodology etc.

So this crucial matter of securing a credible voters ‘ register, necessary for credible elections, remains unsettled.

The EC recently announced that all parties had agreed that manual verification will be acceptable to authenticate voters before voting.
However at the recent IPAC meeting last friday 19th february, it became clear that there was no such agreement on that position as announced by the EC.
So this crucial issue of voter identification and authentication also remains unsettled.

The EC on Monday 8th February, 2016 announced the setting up of a “steering committee” in the management of the 2016 elections. This decision and announcement had been done on the blind side of stakeholders including the political parties. It turned out that some of the selected members of this steering committee were bona-fide NDC party activists.

Before the nation could heave a sigh of relief, the EC counter announced last Saturday 20th February that the understanding of the political parties at the IPAC meeting and sbbsequent information put out by them was wrong and that the “steering committee” was still in place.
So who is speaking the truth on this matter, the political parties or the EC?

The Electoral Commission must realize that all Ghanaians want a credible and fair elections this year. This is best achieved by involving stakeholders, particularly the political parties, in deliberations leading to major decisions. So that decision taking and implementation will be harmonious.

Time is of the essence. The current state of uncertainty is no way conducive to credible and peaceful elections 2016.