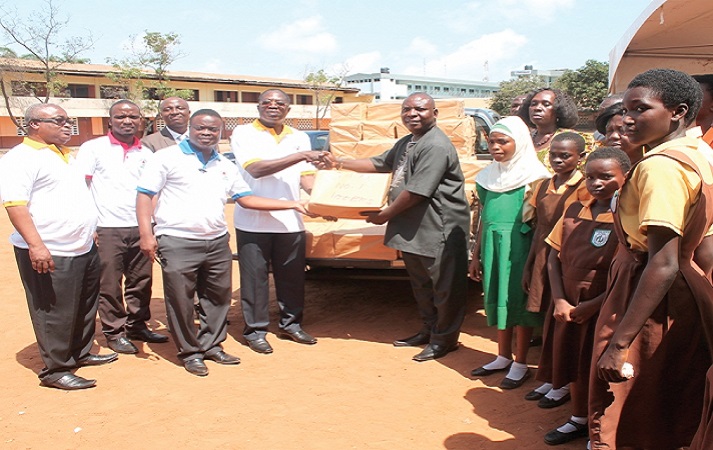 Head teachers of Basic Schools in the Bekwai District in the Ashanti Region, have strongly opposed the practice where they are made to be taken pictures as they receive teaching materials from the government.

According to them, they’ve kicked against the move because the practice is alien in the history of the Ghana Education Service and they are not sure what the motive is.

Head teachers in the said district and other parts of the Ashanti Region, are currently being snapped photographs as they receive their teaching materials including registers, notebooks and boxes of chalk.

One of the affected teachers who spoke to Kasapa News on strict condition of anonymity stated that he suspects the move is being done for political gains, as the elections beckons.

“It has never happened that when such materials are being given pictures are taken. People are sitting on radio saying a lot of improvement has been seen in the educational sector but that is not so for us here in the villages. For instance, from 2012 -2015, my school has been presented with 20 copies of Teachers notes instead of 36 copies, instead of 24 registers 18 have been provided while instead of 250 boxes of chalks, 143 have been provided for us. If someone wants to know the real state of the educational sector they should come to the hinterlands to see the real picture, we need to let people know the truth”.

According to him, lack of adequate teaching materials is affecting the quality of teaching and also having a toll on his finances.

“I was given 1 notebook and 4 registers, instead of 12 note books and 8 registers and. Since the beginning of this academic year, we have not been supplied with any of these materials. I’m forced to buy them myself. What will I do with these few notebooks, of what benefit will it be to the school” the disturbed headmaster asked?

I’ve never seen this practice where you are snapped a picture while receive the books, handshake, Ghana is not safe with the recent killings, and someone can just trace me with the pictures taken of me.

Meanwhile, the Bekwai District Logistics Officer, Godson Ocloo told Kasapa FM’s Maame Broni that instruction to take pictures of the presentation came from GES Headquarters in Accra which directed all districts to comply.