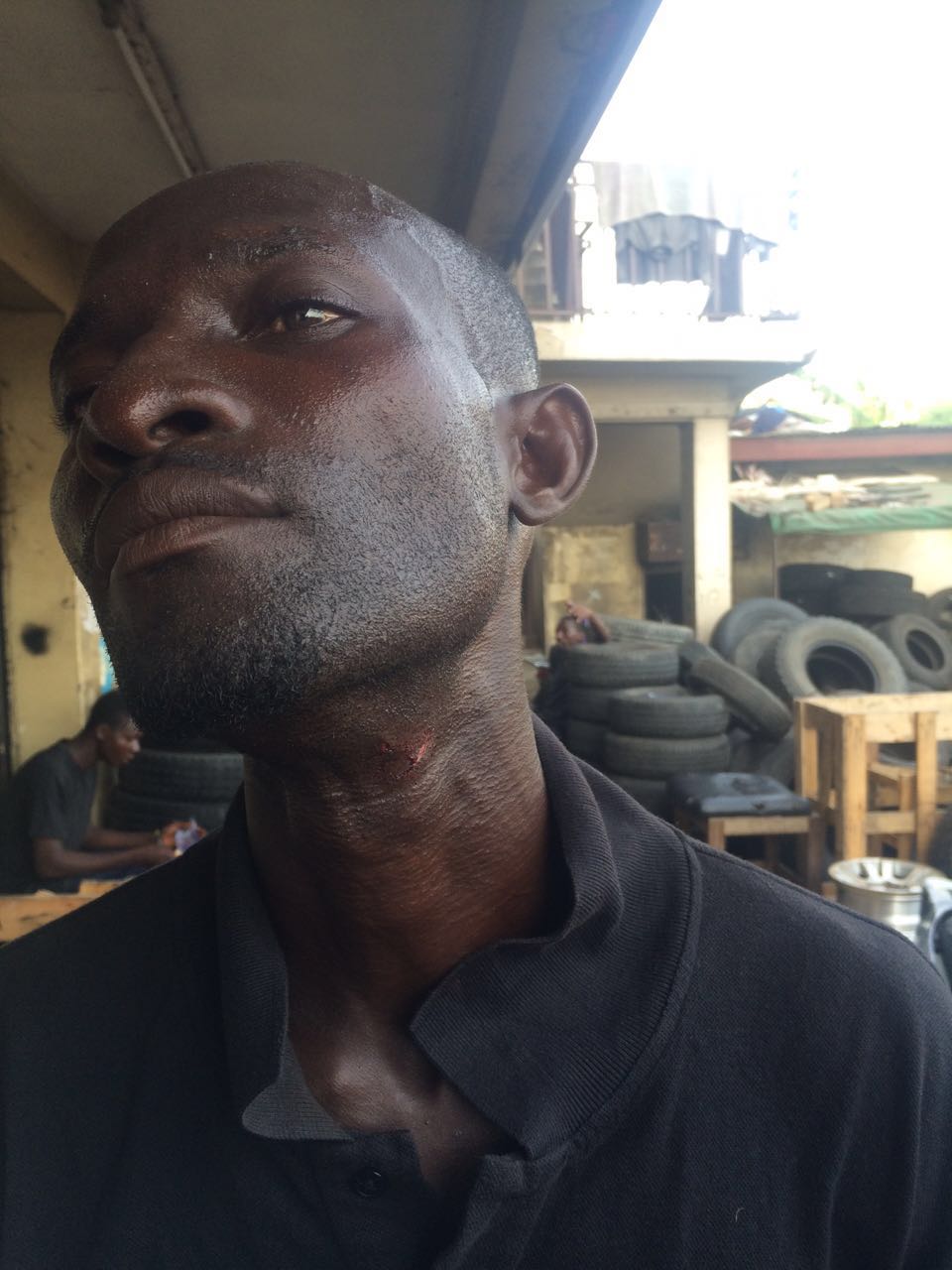 A Police team Wednesday shot two men in Abossey Okai who belonged to a gang of five armed robbers.

The two robbed a Forex bureau around the Obetsebi Roundabout near the Kaneshie Market but were given a good chase by the Police who were in and around the scene during the raid.

All two injured robbers have been sent to the hospital, an eyewitness who spoke to Kasapa FM‘s Kwaku Owusu Adjei confirmed.

See photos from the scene.