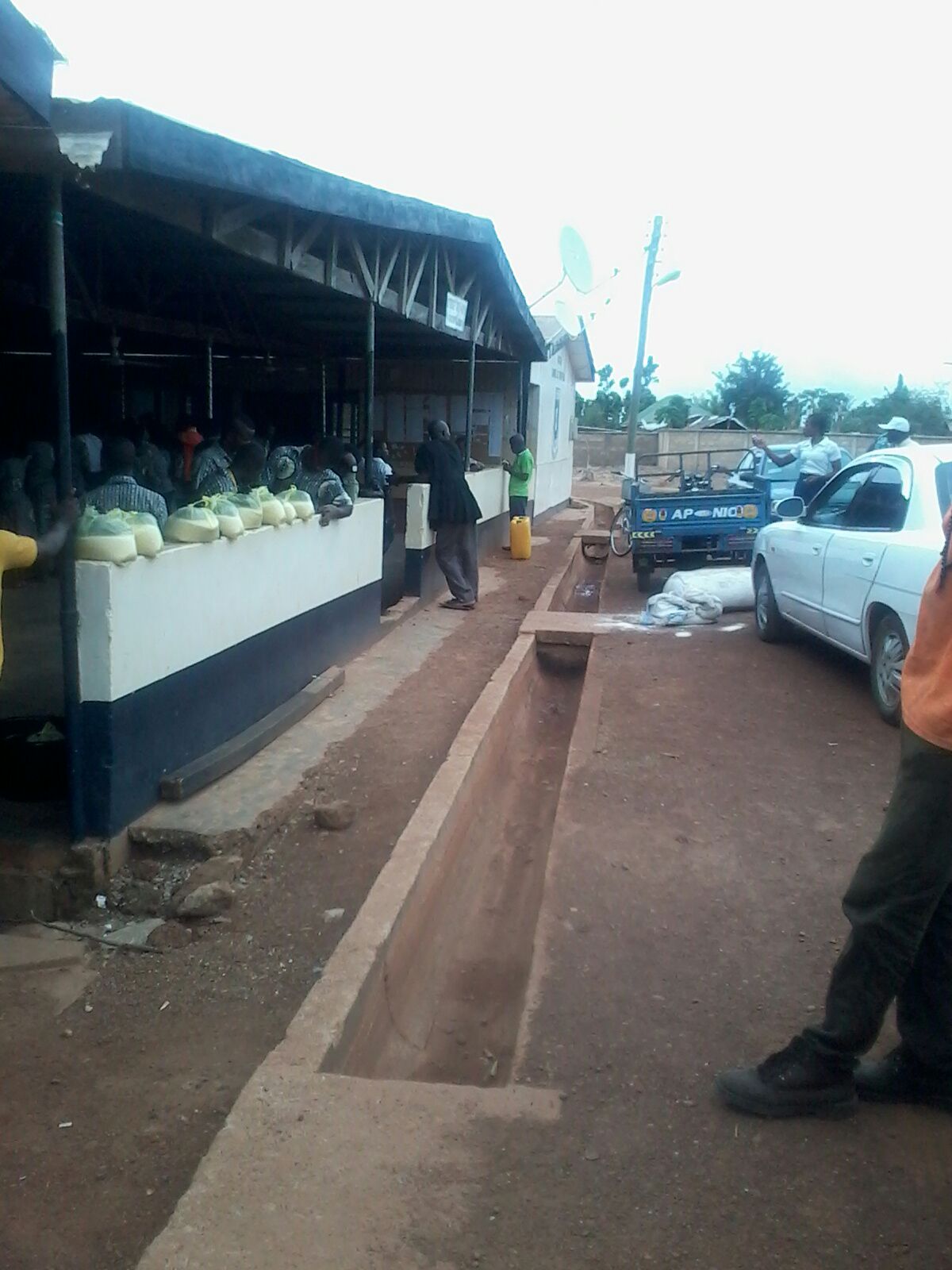 It was an interesting spectacle on the Dambai College of Education Campus on Monday, when local NDC officials in the Krachi East Constituency flooded the institution with bags of Gari as enticements for students just before a scheduled interaction with NPP Running Mate Dr. Mahamudu Bawumia.

Events started taking an interesting turn when a day before the scheduled forum at the Dambai College of Education Campus, authorities informed the NPP in the region that Dr. Bawumia will not be allowed on the premises of the Campus after the authorities received a directive from the Ministry of Education.

However, Students and some Lecturers of the College, undaunted and determined to meet the NPP Vice Presidential Candidate,  organized the forum on a park outside the School premises.

Hit by the determined efforts of the Students and some lecturers of the Campus, the NDC officials in the Region resorted to a last ditch effort to sabotage the programme by flooding the Campus with hundreds of ‘olonka’ bags  of Gari for the students for free.

In the calculation of the NDC in the Region, the sharing of the Gari to coincide with the Bawumia Forum should have diverted the attention and presence of the students from the Policy Speech of the NPP Vice Presidential candidate to the free Gari but this calculation failed to materialise when the Students, despite the “enticing offer” refused the Gari and attended the function in their numbers. Other students who took the Gari, also joined their colleagues to listen to Dr. Bawumia.

The Head of the Social Sciences Department at the College, Mr. Lambert Ahiadzu Sefadzi decried the development when he took his turn at the Forum to lay out the issues facing Colleges of Education across the country.

“Because of this program, a political party is today sharing Gari on the Dambai College of Education sharing Gari. The Press can rush to the Campus right now to find out at the Dining Hall. This is just to prevent students from coming to this program. So this is how they think they can buy our conscience”

Speaking at the same Forum, NPP Youth Organizer noted that he was happy that the NDC by their actions on the day had given clarified the choices available and made it clear that the choice was between the future of the youth, the restoration of Teacher Trainee Allowances and Gari.

Just when I thought this government was going to get serious, I have realised that they are still reducing our politics. I am happy that they have given us a clear option. This election is about Gari or Teacher Trainee Allowances”