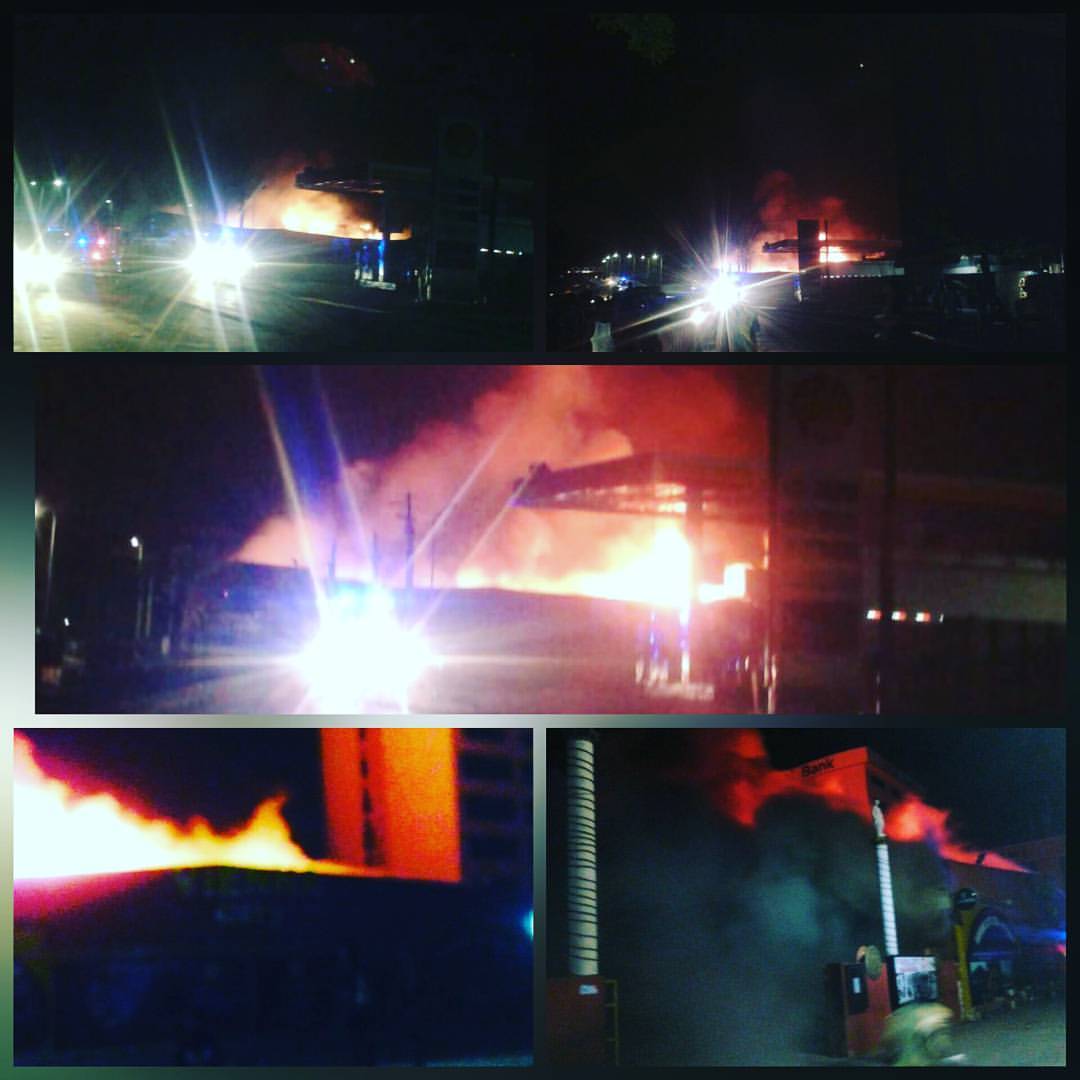 Popular entertainment centre around the Nkrumah Circle in the Central Business District of Accra, Vienna City, has been razed down by fire.

Kasapafmonline.com‘s Edward Acquah reports that officials from the Ghana National Fire Service delayed for close to an hour before getting to the scene.

An eyewitness told Acquah the fire started at about 7:30 local time, during which time calls were placed to the Fire Service. Those calls he added, went unanswered, “only for them to show up 45 minutes later.”

Officials are yet to establish the cause of the fire.

Acquah additionally reports that other facilities which share the whole circumference on which the centre is located such as financial institutions and filling stations, have all been secured, putting to rest any fear of further explosions.

Located in the heart of a major business area in Ghana’s capital, Accra, and with fIVE other branches across the country, Vienna City prides itself  “as the biggest entertainment center in the country that whets the appetite of entertainment lovers.”.

The Accra facility hosts events all year round, and is often frequented by prostitutes.

The June 3 disaster is Ghana’s worst in many years. READ OUR COVERAGE OF THE JUNE 3 DISASTER HERE

Hook Up Tour kicks off this Saturday @ Vienna City, Accra