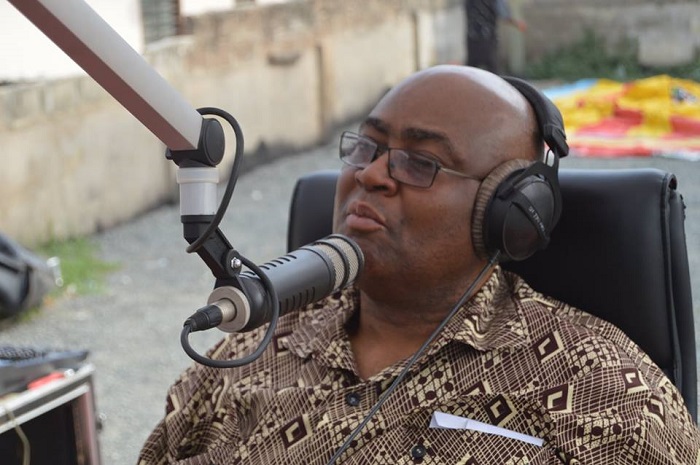 The Managing Editor of the Daily Dispatch newspaper, Ben Ephson  says embattled NDC Klottey Korle parliamentary candidate, Zanetor Rawlings still has better chances of winning her bid should the party go for a re-run as might be ordered by the courts.

An Accra High Court presided over by Justice Kwaku Ackah Boafo threw out Dr Zanetor Rawlings’ motion to struck out an injunction against her.

Dr. Zanetor Rawlings’ Lawyers filed an application seeking a dismissal of the case brought against their client contesting her eligibility as the National Democratic Congress (NDC’s) elected Parliamentary Candidate for the Klottey-Korle Constituency, but Justice Kwaku Ackah Boafo, who presided over the case  dismissed the application brought before him by lawyers of Zanetor Rawlings.

Commenting on the fall out from the NDC’s  Klottey Korle primary , Ephson argued that Zanetor’s  struggles vis a vis the litigation over her eligibility were short term setbacks, which could have no downturn on the ambitions of the daughter of the former President, Jerry John Rawlings.

“These are short term setbacks…she’ll surmount it and this time the margin may even be wider” the Pollster told Fiifi Banson on Anopa Kasapa on Kasapa 102.3 FM, Wednessday.

For him, courtesy the EC’s impending limited registration, there will still be ample time for the NDC to set a date that may favour Zanetor’s inclusion in a re-run, saying “it does not lie in the court’s mouth to decide when the NDC should hold the re-run”.

However, Ephson said Mr. Nii Armah Ashietey although he’s liable to sanctions by the party, he has nothing to lose for pursuing this case, insisting he’s likely to bow out from politics after he’s made his point in the legal battle.

In his suit, filed at the Accra High court, Mr. Ashietey said Zanetor’s victory was unlawful since she’s is not a registered voter.

Meanwhile, the Electoral Commission (EC) has confirmed Dr. Zanetor Rawlings is not a registered voter per their records.