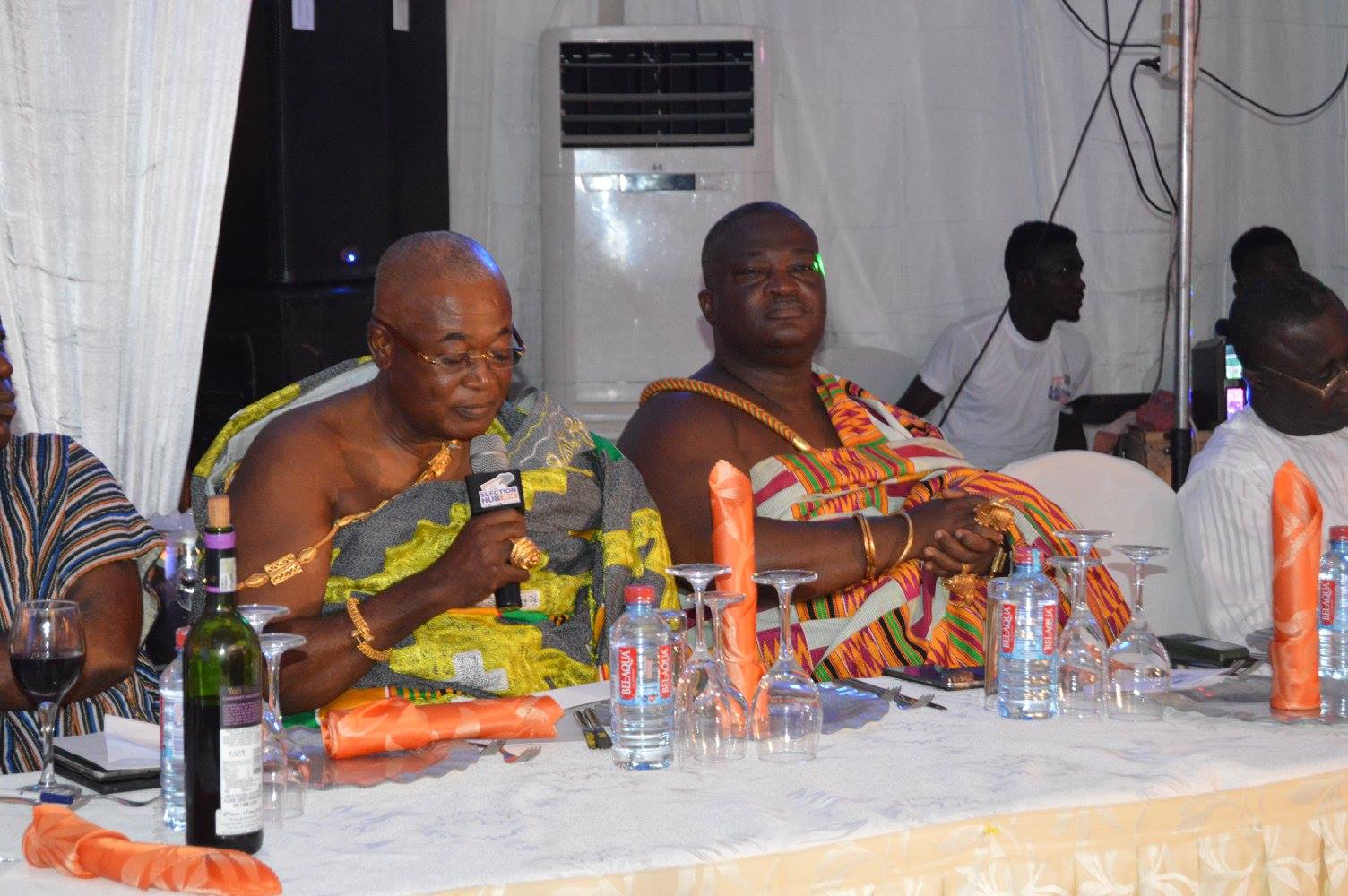 Chief of Asaakyire in the Bekwai Municipal Assembly in the Ashanti Region, Nana Mensah Bonsu, has admonished Ghanaians not to allow partisanship to divide them, especially, as the November 7 general polls approaches.

He believes that there could not be any other country called Ghana for nationals of the West African nation to run to if they do not strive to protect the peace they are currently enjoying.

Nana Bonsu who also known in private life as Prof. Edward Badu, was speaking at the launch of EIB Network “ElectionHub” in Kumasi, Friday evening.

He was representing Otumfuo Osei Tutu II as the Special Guest of Honour for the event.

Commenting further, he urged all stakeholders in the upcoming general elections to ensure that the polls are conducted in an atmosphere of peace and tranquility.

To him, it is the civic responsibility for all eligible voters to contribute their quota in choosing people will govern the former British Colony for the next four years beginning January 7, 2017 in a free, transparent and fair manner.

To this end, he urged the media to operate with utmost circumspection and professionalism before, during and after the elections, cautioning that “the media should avoid sensationalism”.

That aside, he reminded politicians how difficult it would be for them to implement their programs and policies if the country is turned into turmoil.

“We must therefore strive for what will not jeopardize the peace of our only country Ghana in our quest to retain or wrestle power”, he added.

To the youth, he urged them not to allow themselves to be used for any activities which will be inimical to the forward march of the country while advising the Electoral Commission (EC) to continue to play its role independently.

Nana Bonsu, who also believes that the chieftaincy institution plays a major role the democratic dispensation of the country, reminded the traditional rulers to apolitical, noting that “we ought to accommodate all the political parties and stay neutral so that we can continuously play our role effectively.