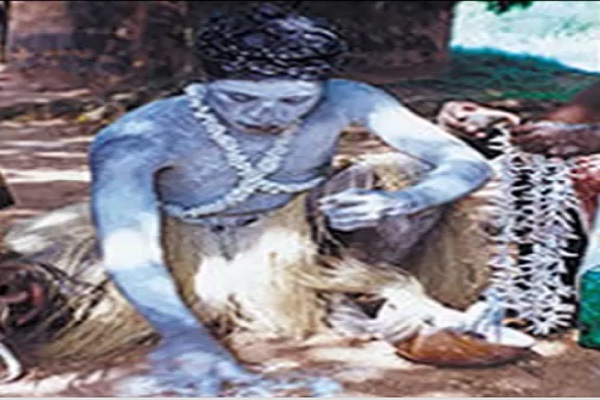 A renowned Kumasi based Fetish Priest; Okomfo Yaw Appiah who was supposed to meet the Founder and leader of International God’s Way Church Bishop Daniel Obinim at the Jubilee Park in Kumasi for a contest has accused Bishop Daniel Obinim of using the Police against him.

Hundreds of spectators gathered at the Jubilee Park in Kumasi Tuesday afternoon to witness a clash of powers between controversial Bishop Daniel Obinim and renowned Kumasi based Fetish Priest Okomfo Yaw Appiah.

But Okomfo Yaw Appiah could not show up because the Police had taken over his house, to prevent him from meeting Bishop Obinim at the Jubilee Park.

Today’s encounter was supposed to put an end to the arguments between the two as to who is more powerful.

But in an interview with Kasapa News, Okomfo Yaw Appiah who sounded frustrated stated that he does not understand why the Police will allow Obinim to go to the Jubilee Park but not him.

However, the Public Relations Officer of the Ashanti Regional Police, ASP Mohammed Tanko told Kasapa News that, they picked intelligence information that, Okomfo Yaw Appiah will be mobbed by Obinim sympathizers so they only went there to protect him.