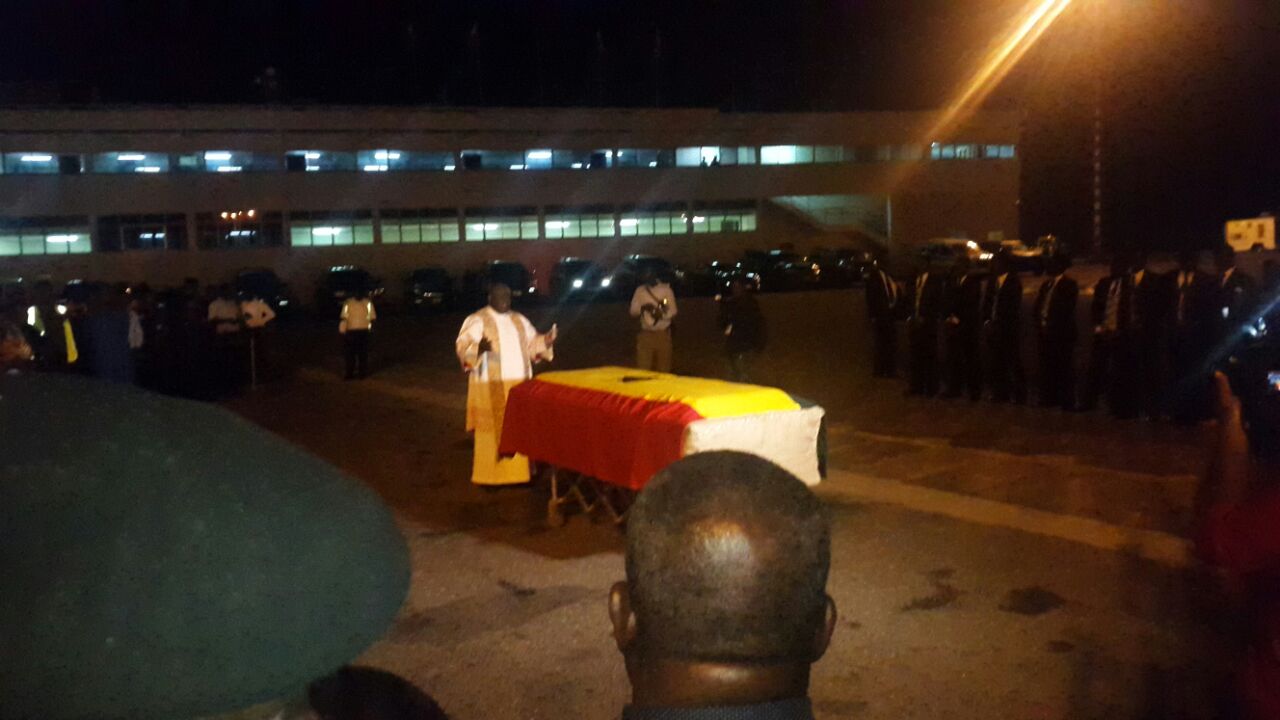 The mortal remains of former Minister of State and Chairman of the New Patriotic Party, Jake Otanka Obetsebi-Lamptey, has arrived in Ghana ahead of his final funeral rites.

A casket carrying Obetsebi-Lamptey’s body was flown into the country Tuesday evening.

Key figures of the NPP including former President John Agyekum Kufour, as well as 2016 flag bearer Nana Addo Dankwa Akufo-Addo among a host of others were at the airport to receive the body.

Lamptey passed away on Sunday, March 20, in London.

Family sources say a pre-burial service will be held on April 21, 2016 at the Ridge Church in Accra.

A burial and thanksgiving service will take place the following day at the forecourt of the State House.

He will be laid to rest privately.