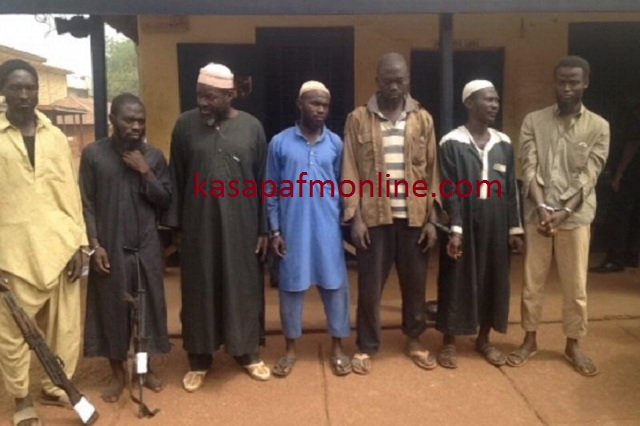 Seven people who were arrested at Jantong Daboase near Salaga in the Northern Region for possessing arms including AK 47 and Taliban videos, have been granted bail in the sum of GHC 20,000 each with two sureties by an Accra Circuit Court.

The Presiding Judge, Aboagye Tandoh on Tuesday said one of the sureties must be a public servant and subsequently adjourned the case to April 29.

The suspects were arrested in December 2015 when their movement became suspicious; forcing the locals to report them at the chief’s palace and after a search the weapons were found in their sack.

Northern Regional Police Spokesperson ASP Ebenezer Tetteh upon their arrest then, said the rifles were without magazines.

“The situation was getting tensed so they called in the Tamale police who then arrested five others who had come there and couldn’t give any tangible reasons why they were there,” the police officer said.

“During the course of interrogation by the chief and the assemblyman of the area, one Iddrisu Ibrahim Wumpuni, who is 60-year-old and a resident of Lamashegu in Tamale, came to the palace to plead for the two to be released but he was also arrested,” ASP Tetteh said.

A laptop found in the room of one of the accused persons reportedly had videos of Taliban and other terrorism related sessions.

The Taliban is an Islamic fundamentalist political movement in Afghanistan.