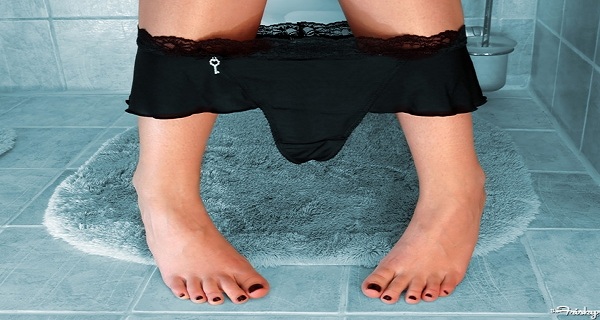 If we were to make a list of “Random Things You’ve Should’ve Learned in Sex Ed” this would be at the top of the list: peeing after sex is important. It’s just the right thing to do. (Other things we wish we learned: What’s a Queef, Anyway?)

Yeah, sometimes it can be a drag to leave the post-coitus cuddle sesh and sneak out to the bathroom, or maybe you’re just laying like a yoga pro in savasana while basking in your post-O glow, but it’s worth it to just pop out for a second to do your business. Why? Three little letters: UTI.

A urinary tract infection (lovingly known as a UTI for the wicked burning sensation when you pee and the constant “I-need-to-go” feeling) happens when bacteria causes an infection in your urinary tract (a.k.a. your urethra, bladder, and kidney). And 75 to 80 percent of UTIs happen because of sexual intercourse, says Shape sexpert Dr. Logan Levkoff. (Another scary stat: hospitals misdiagnose UTIs and STIs 50 percent of the time.) It’s pretty easy for bacteria to move around during sex and get in all sorts of places—namely your urethra—but peeing after intercourse can flush that bacteria out. (Yay for self-cleaning! P.S. your vag cleans itself too. But if it smells odd, that could also be a sign of infection.)

If you’re religious about hitting the ladies’ room after sex and still have frequent UTIs, it could be from sweaty exercise clothing (moist and warm = great conditions for bacteria growth), your birth control, or even your cold, flu, or allergy meds. Obviously, it’s always a good idea to talk to your doc if you think something is up. (But P.S. maybe this ~magical~ UTI prevention drink could help too). – shape