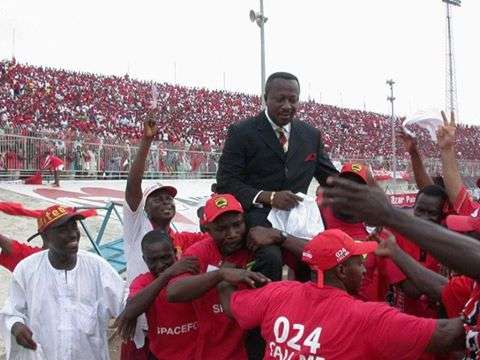 The business magnate was confirmed to the high throne about an hour ago where he was introduced to the Ashanti King by the Kontre Division.

Reports in Manhyia say the new Chief has been accepted by Otumfuo Osei Tutu II.

He has now been ordered to be confined in a secret location for some days following which he would be outdoored to the public and coronation held for him to swear the oath of allegiance to the Ashanti King.

During this period, the new Chief will be taught the history and tradition of the office he is about to occupy.

Sylvester Asare is a business magnate in the Ashanti region and owns a number of businesses including Silvercrest and is regarded as one of the wealthiest men in the former Garden City.