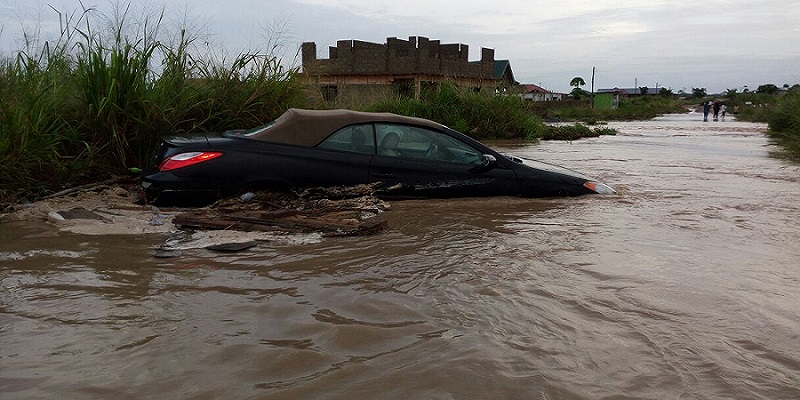 Over 200 residents of Gomoa Winga and its environs in the Central Region have been rendered homeless after the weekend’s heavy downpour.

The rains caused destruction to properties including electronic appliances, furniture among others worth thousands of cedis as several homes were flooded. The residents claim that the flooding of the area was caused by the poorly constructed gutters in the area.

Some of the affected residents have had to vacate the area and settle with their relatives elsewhere while others are left to their own fate.

The Safohene of Gomoa Winga, Nana Kofi Amoh in an interview with Kasapa News Benjamin Amuzu accused the Mahama led government of not honouring its promise to them.

“We are disappointed in the NDC government; we were promised that our lives will be improved but here we are today, the rains have taken over our properties away. We have always campaigned for the NDC, but the government has betrayed our trust.

“Government promised to construct this road for us, happy as we were, we voted massively for the party and now we’ve been left in a valley. The road which was constructed has rather caused havoc; about five cars have sunk; this is not the kind of living we were promised in 2012. Our roads are very poor, government must come to our aid and fix them as soon as possible to prevent further harm from being caused.”

UE/R: Flood victims to wait a day or two longer for relief item